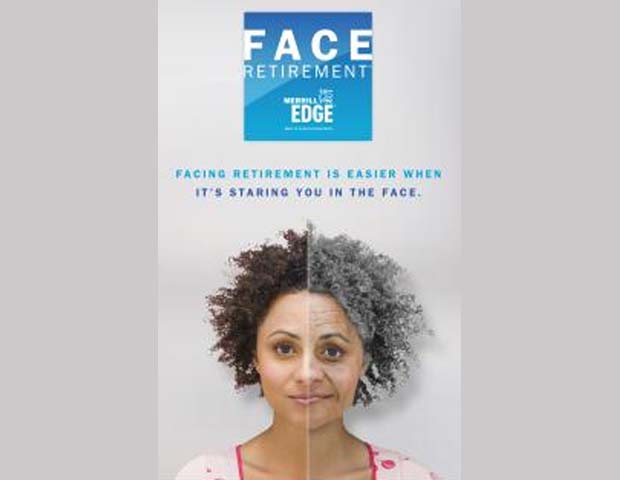 In our last story in this week’s series on saving, we discussed how our brains are not programmed to think long-term, which can make it difficult to save money, particularly for retirement. In fact, research by Merrill Edge finds that nearly 60% of Americans set a goal to save for retirement, but less than one-third achieve that goal.

[Related: America Saves Week: Train Your Brain to Save Money]

Behavioral finance experts say that apps like Merrill’s Merrill Edge Face Retirement that allow you to see what you will look like older, can actually remind your brain that there is someone out there that you will have to create financial security for in the older years– you. An experiment conducted by Stanford University did find that people who saw age-enhanced images of themselves were more likely to save more for retirement than those who did not.

“We continually see that many Americans are not convinced that their short-term decisions impact their finances in the long run, so they are not prioritizing saving or contributing as early and often as they could,â€ says Sandy Williams, market sales manager at Merrill Edge. Â

Factors such as high debt levels, particularly for millennials, and the ‘sandwich’ phenomenon many Gen Xer’s face in which they’re caught between caring for aging parents and childcare expenses and education costs make saving for retirement challenging.

“And while longer life expectancy is generally great news, with much of the burden of saving for retirement having shifted to individuals, it means savings have to last longer, too,â€ says Williams.

Williams also says getting a clear picture of what your ideal retirement looks like will take a lot of the stress and strain out of planning.

“Avoid investing for the sake of investing–be sure to contribute with goals in mind… . There is no ‘magic number’ for what you will need in retirement, it’s based on your goals and everyone has a different number. It’s important to think of the specific ‘job’ you want your money to do when you get to retirement, such as covering day-to-day expenses, allowing for travel or starting a business. The more clearly you can visualize what the money you are saving and investing is meant to do for you in the future, the easier it is to create a winning strategy and stick to it.â€