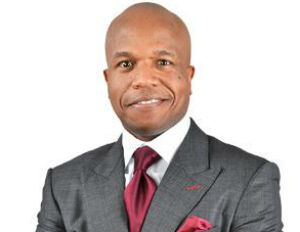 Last year’s sequestration had a profoundly negative impact on businesses that are part of the federal government’s supply chain. (No. 37 on the BE INDUSTRIAL/SERVICE 100 list with $83 million in sales) is one such company that had to develop an emergency plan to contend with it. Now, the company is looking to get back on the growth track.

Headed by 47-year-old Darrell L. Crapps (who serves as CEO and co-chairman), SENTEL provides engineering and information technology services predominantly to the government agencies. SENTEL’s core business is specialized engineering — sensor integration, chemical, biological, radiological detection, keeping the national airspace protected and free from any threat or vulnerability as it relates to air traffic control systems, and making sure that they were operating properly with training systems in place.

When the government shut down last year, it created a very challenging business climate for SENTEL as massive spending cuts were triggered amid heavy political infighting.

“We had three programs and about 10% of our staff that could not report to work, could not access systems that would allow them to perform their duties and responsibilities,â€ recalls Crapps. “Also, some opportunities that we were either pursuing or were tracking were canceled or delayed as a result of the budget constraints and sequestration.â€

According to Crapps, the company lost between $500,000 and $1 million in revenues as a result of the government’s inability to pay for services being rendered.

“Where we would ordinarily bill for those folks, we were not able to bill the government back for the services that they would ordinarily be provided absent the work stoppage,â€ he says. The impact was lessened somewhat as some displaced employees were shifted to work on other ongoing projects or to help pursue new business. “We were very blessed and fortunate to have a diversified portfolio and have the financial means to ride the storm out.â€

While the political climate continues to cloud the future, the SENTEL team has its collective eyes on growth. To compete in the government services space, scale is needed. That’s something the SENTEL team is looking to address.

“We are looking at acquisitions as part of our growth strategy and initiatives because we understand that in this very competitive landscape, we have to bulk up a little bit,â€ says Crapps. “We have to expand our service offerings and technology offerings in such ways that we can capitalize on expanding into adjacent markets.â€