This Entrepreneur Reinvented Himself To Win In The Trophy Business 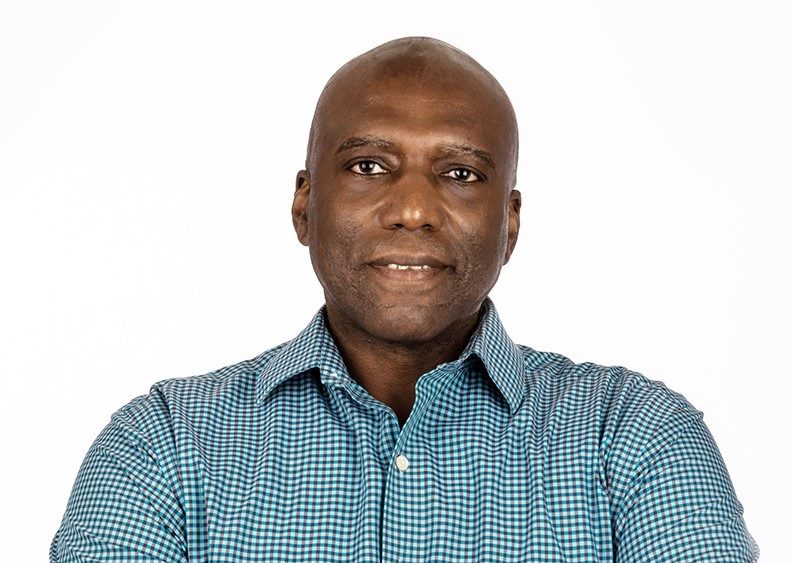 Paul Williams has been the owner of Absolutely Trophies for the last 10 years. It’s a trophy and awards recognition business that does specialized custom awards for all industries.

Some of his customers include the New York Mets, the NBA, the WNBA, and New York Presbyterian Hospital. His business also focuses on promotional branded products: step and repeats, banners, tabletop coverings, etc.

However, he is a computer consultant by trade. His company, GI Integrated Computer Solutions, manages IT departments for small businesses. He’s been doing that for 25 years.

But his passion is playing handball. He started a nonprofit 30 years ago called Inner City Handball Association. He thought he was going to be helping out a few kids just like he was helped as a junior and ended up helping thousands.

His computer career, his hobbies, and his passions have shaped him and led him to where he is today. We talked about these things and more in our interview. The interview has been edited and condensed.

You’ve done a lot. You’re a computer consultant by trade and you enjoy it. But you have a trophy business now. How did you get into the trophy business?

Well, actually because of my nonprofit. The previous owner of the trophy business read an article about my handball association about maybe 25 years ago, and he decided to send me a $500 check. That was a nice gesture and I said let me give him a try, because at that point I wasn’t really settled on a trophy company. I was just getting trophies from wherever. Once he did that we started a relationship. So I got my trophies from him but he also had computers that were used for engraving trophies. His computers had problems, so I ended up fixing his computers and he hired me as a consultant.

Then, years later, when he felt that he was going to retire he made me an offer. I was out of a job for two years because of the recession in 2009. I was doing consulting for a while but I needed something full-time. And my trophy customer asked, “Why don’t you take over the business?” He thought I’d be a good fit because there was new technology coming into the trophy industry. I had the nonprofit. I was affiliated with all the high schools so he felt those would be good customers for me to sell product to.

And he was right. Because I dealt with so many kids from different schools, that became a client base. I dealt with the athletic directors, coaches, and principals of those schools. And because of [my background in] computer technology, I decided to get new technology like laser engravers, UV printers, so I can do a lot of production in house a lot faster, more efficiently.

I had to reinvent myself. A lot of companies wouldn’t hire me because they felt when the recession was over I would leave because they felt I was overqualified for the positions they had. And also because of my age, even though they weren’t supposed to say, but because I was 50 years old at the time and they looked at me as well, you don’t sound old on the phone, and your resume looks great, but you’re older than what we envisioned. So, I realized that rather than getting turned down all the time, maybe I should do my own business full-time. And this way I never worry that someone was going to lay me off.

Let’s talk about reinvention. What are some keys for you to successfully reinvent yourself?

I think part of it is determination not to fail. I’ve been playing handball for 52 years, I’ve been playing in tournaments for probably about a good 40 of those years. And I’ve won National titles, won World Championship titles. You always learn something whether you win or lose, and even if you lose, you pick yourself up again. You learn from how you lost and you try and win the next time.

And then, my father served in three wars. He served in World War II, the Korean War, and in Vietnam. He was loyal to the country and he worked hard. And my mother, she worked in the Board of Ed, as a principal secretary for 35 years before she retired. So both parents really had strong work ethics. My brother and I grew up with the mindset that failure is just not an option. You have some letdowns. Things don’t go the way that you may have wanted them to go. But you pick yourself up and keep on going.

You said determination is a key to reinvention. What are a couple of other keys that have helped you to successfully reinvent yourself?

Finding things that you enjoy doing. You have to have some sort of enjoyment in what you’re doing to succeed. In the beginning, I never thought I would like the trophy store. But then I sat down and looked at it from a different angle, where I can use my tools, the things that I had in my tool chest to put into this business. I liked growing the business. [It became like] a competition to figure it out. And as I did, I enjoyed it and I’m enjoying it more and more now 10 years later.

Let’s talk about the tool chests. What are some things in your tool chest that have helped you to become successful?

The first thing in my tool chest has always been my belief in God. Then I went to Brooklyn Tech. We had perspective drawing and we had a lot of architectural type courses. I learned a lot of things but I didn’t really use them until I got into the trophy business. I went to college and I majored in computer science. Having a good knowledge of computer software and programming is essential. No matter what career you end up in, you need to learn computers, because every field, you’re going to end up using computers. The next thing was getting in retail. You end up getting that business savvy, learning how to deal with customers, dealing with distributor problems, dealing with mechanical problems, etc. So, all that experience really just kept tying into each other.

How important is the nature of the trophy business during this pandemic?

We’re not just a trophy store. A lot of people want to show appreciation to others for what they’ve done for their communities or congratulate someone for their accomplishment. During the pandemic, in the beginning everything was shut down. But then you have first responders that were doing incredible work. We had customers that would want to send something to show their appreciation to a first responder, a doctor, a nurse, or a caregiver. Thank you for being there. Thank you for saving my life.

As you came out of this, people wanted to award the top salesperson, the top this, the top that. They want to thank their staff. And they stepped up and even gave better awards than they normally did. And then people wanted to have custom branded masks. We had institutions asking us for masks with their logos, decals we could put on the floors with social distancing. As opposed to just saying congratulations for winning something, it was more just surviving and helping other people and succeeding in whatever situation they were in.