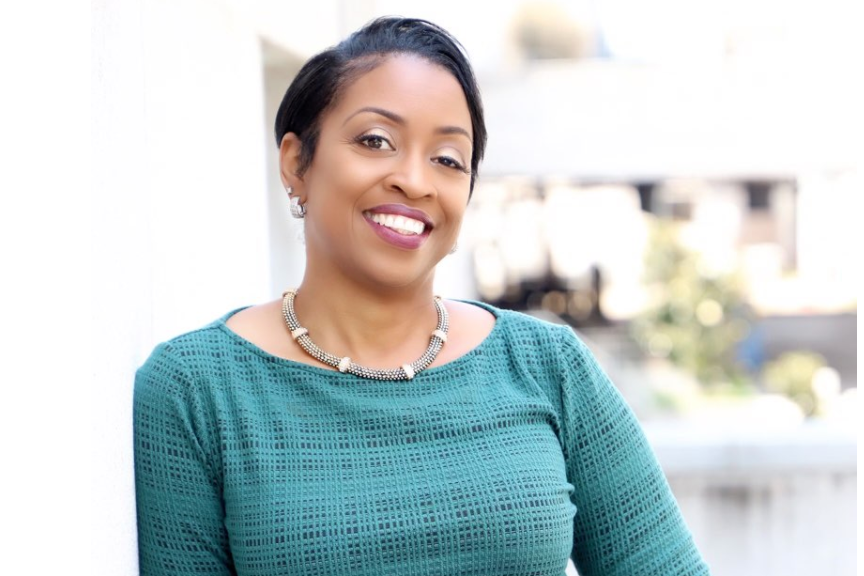 Dr. LaTarsha Holden has transformed lives by sharing how she went from a homeless mom of six to a doctorate degree.

But the 48-year-old entrepreneur says that the journey was far from easy. After leaving a 10-year marriage, she found herself homeless, with little work history, and a GED. Dr. Holden’s situation turned into four years of homelessness in the streets of Atlanta with her kids.

“It’s been a long journey, these last fourteen years,” Holden shares in a LinkedIn post. “It all started in survival mode, which led me to my purpose. The mental shift was almost unbearable, but God.”

From Homeless to Doctorate Degree

In her mid-thirties, Dr. Holden had to learn how to navigate life as a homeless and uneducated woman without support. She explained to her children that she did not have a lot to offer them materially. Instead, she was going to instill a value that would make them great leaders: teaching them how to serve.

Dr. Holden and her kids gave back to the community even though they were living in a boarded-up house as squatters. Times were tough but she kept going.

After a ton of prayers and late nights, Dr. Holden enrolled in college in 2007. This was her first time back in school since she was 15 years old. She was a young mother who dropped out of school in the tenth grade. But Dr. Holden was determined to continue where she left off to find a way for her family.

Going back to school and managing her family weighed on her mentally. Dr. Holden checked herself into a hospital and stayed there for a week of observation. It was during this time that she regained her strength and connected with God in an intimate way. This gave her the push she needed to keep going on her educational journey and inspire her kids to keep going. She obtained her associate’s degree, bachelor’s degree, and MBA. In 2017, her life story earned her a doctorate degree in Leadership Studies.

“God did not magically change my life,” says Dr. Holden. “I had to be a willing participant in my deliverance. I could have praised him all day long. But until I trusted him enough, nothing was going to change.”

Transforming Pain into Purpose with her Doctorate Degree

Dr. Holden knew there was a bigger purpose for her educational pursuits beyond her own gratification. She believed she had a duty to go back and help those who didn’t have access to basic needs. After receiving her doctorate degree, she ran for the city council in Atlanta. She wanted to use her platform to advocate on behalf of homeless individuals in the city.

Then, Dr. Holden set out on a mission to reach people all over the world. She became a writer and published 14 books. Even more impressive is the fact that she published 12 of her books within two years. She has children’s books, autobiographies, and books that focus on parenting, bullying, teen dating violence, and leadership.

“If I can help change the dynamics within the house, then more healthy families will equal healthy communities.”

Now, Dr. Holden serves as the Founder and CEO of Phoenix Rising. Through her leadership and empowerment company, she teaches others that they have the power to rewrite their story.

“Nothing happens overnight,” says Dr. Holden. “You see me being interviewed now but twelve years ago, the only people that knew me was the welfare office.”

To anyone who is struggling and trying to find their way out, Dr. Holden recommends that you “chase purpose and not perfection.”

“If you wait for the time to be right, you will never do anything. I started writing books when I didn’t have money to market books. Go and be who God called you to be. Live unapologetically. As long as you are being you, then you have no competition.”