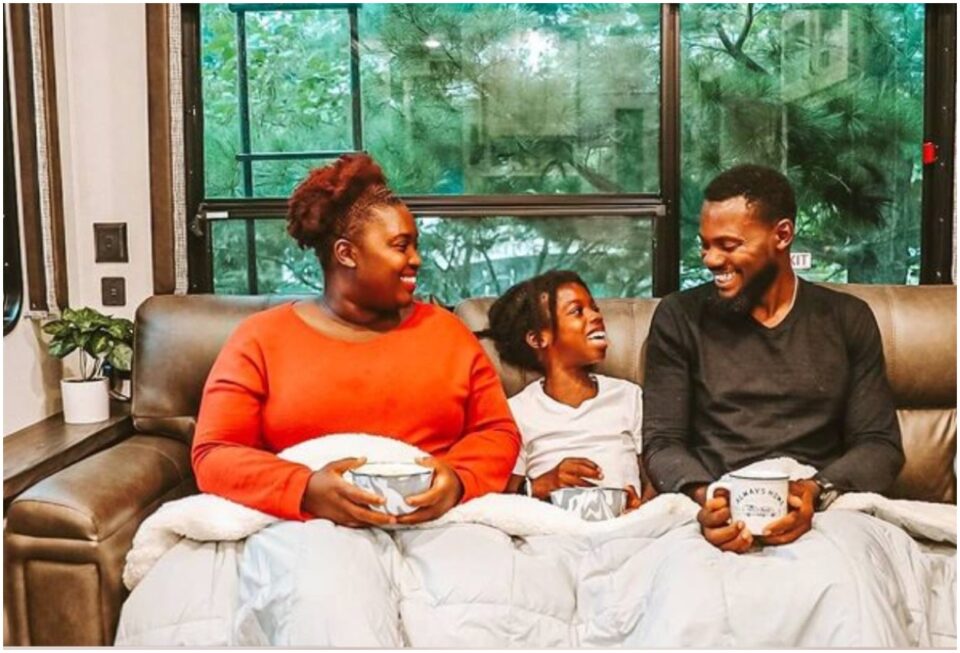 The last few years have been a downward financial spiral for many Americans, including Karen Apkan who lost her job and had nothing to fall back on – and no savings tucked away as a cushion.

“All of a sudden that contract ended,” Apkan told “Good Morning America” of losing her job. “And things just went downhill from there.”

For Apkan and her husband Sylvester, they knew their lifestyle would come to a screeching halt if they didn’t pivot in a major way.

“In order for us to hit our goals, we had to make a drastic change, and that drastic change would be, like, to completely eliminate that house payment,” said Apkan, who was living in California.

So the Apkans took a major leap and sold their home in order to use the money to pay off some of their debts from a car note and student loans. With the rest of the money, the close-knit family bought an RV and set off on an adventure to globetrot and share their stories with the masses.

Still money was an issue, so Apkan and husband set up the now hugely popular TheMomTrotter.com and @themomtrotter Instagram account, where they have a following of more than 160,000 and issue travel tips, how-to’s on homeschooling and overall parenting tidbits.

“That was the time to kind of make this work and get better at my craft and kind of make it into a family thing so that it would be able to sustain us,” said Apkan. “I got better at the craft and photography and video and all that stuff, and pitching and reaching out to brands, and the income just started coming in.”

With the popularly of parenting blogs connecting with brands, Apkan was able to use her platform to earn an annual gross profit of more than $300,000, she said.

Now that they’ve hit pay dirt, Apkan says she also hit a major goal and paid off their more than $200,000 debt in 18 months.

“I was able to sleep better just knowing that I don’t have that debt over my shoulders anymore,” said Apkan.

Now that’s family goals we are so here for!