How To Ask For Money To Fund Your Business 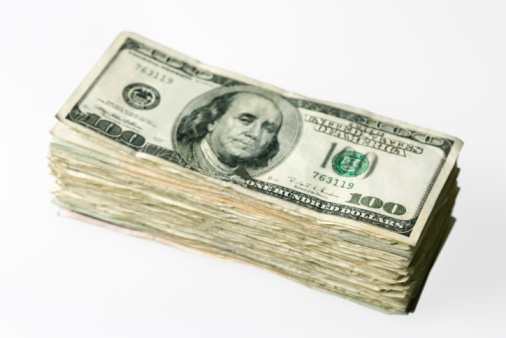 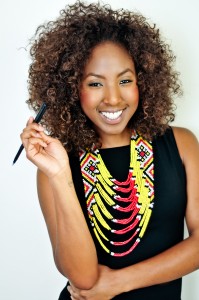 ELIXHER is a magazine and a website that is looking to change the representation of black lesbian, bisexual, and transgender (LBT) women in the media. ELIXHER online is celebrating its three-year anniversary while its digital counterpart premiered last April, allowing readers to download ELIXHER magazine on their mobile phones and tablets.

ELIXHER started out as a WordPress blog, providing political commentary, profiles, and events, that has grown to about 22,000 unique visitors and more than 40,000 page views per month, ELIXHER‘s audience is steadily gaining a wide following nationwide. The bi-annual magazine is now also availableÂ in print. “Our readers were demanding hard copies of the digital magazine. It’s now a beautiful coffee table magazine,â€ Â says ELIXHER‘s founder and editor-in-chief is Kimberley McLeod, a New York City-based media strategist and LGBT advocate, who started ELIXHER because she grew tired of the lack of multidimensional representation of black LBT women. Web content is free; the digital version of ELIXHER magazine costs $4.99 and the print edition is $14.99.

“When I did come across depictions of black lesbian women, they were hypersexualized,â€ says the 27-year-old McLeod, whose previous stints include working at PEOPLE StyleWatch magazine and the Gay & Lesbian Alliance Against Defamation, or GLAAD. Although ELIXHER is geared toward lesbian, bisexual, and transgender women, “We have a lot of straight black women who come to the site,â€ McLeod adds.

McLeod is hosting a release party and fundraiser in New York on May 30 to celebrate ELIXHER Magazine’s third issue with cover girl Janet Mock, the trans advocate, former People magazine staff editor and author of Redefining Realness: My Path to Womanhood, Identity, Love & So Much More.

To cover the cost of the inaugural digital issue of ELIXHER, McLeod mounted an IndieGoGo.com crowdfunding campaign. Rewards-based sites such as Kickstarter.com and IndieGoGo allow users to engage social networking to drive family, friends, and fans online to donate money in return for products and perks. McLeod fortunately exceeded her $10,000 target, raising $10,690 from 249 funders within a 45-day time period.

Here’s Her 5 Tips for Running a Successful Crowdfunding Campaign

Be creative. You want to solicit lots of Twitter followers, Facebook fans, LinkedIn connections, and e-mail list subscribers for donations. But don’t rely on social media alone to meet your goal. “Some friends of mine formed a giving circle and I modeled that concept by creating multiple giving circles with our staff, my family, and even people I had featured on the site,â€ explains McLeod. Give each group a smaller target goal.

Offer incentives. Provide a variety of incentives or perks that are worth something to your audience. Offer products, rewards, and opportunities and different price points–from $5 to $1,000. “Reach out to local vendors and ask them to donate goodies like concert tickets. Then conduct giveaways during weeks where donations slow down. It will help build back the buzz,â€ McLeod suggests.

Ask for help. “I relied heavily on community members and groups to help spread the word,â€ says McLeod. “I asked people and organizations to post on their Facebook pages and write blog posts. Folks went above and beyond–they created videos, added the campaigns to their e-mail signature, and more.â€ Say I Do! LGBT Wedding Expo dedicated a week of sales to the campaign.

Host an event. Build excitement and rally people around your crowdfunding campaign by hosting an event or launch party. “I conducted raffles at happy hour events and had donation buckets. Near the end of the campaign, we hosted a big bash and raised an additional $3,000,â€ recalls McLeod. “We even got the venue to donate a portion of the bar proceeds.â€

Keep In Touch. Keep connected to your audience and potential supporters. McLeod says to interact through frequent updates, thank-you e-mails, and social media responses to questions or comments from existing or potential donors. “We regularly posted updates when we met certain milestones (like hitting our first $1,000). Posting screenshots of the progress we were making also helped keep our followers engaged on social media.. When the campaign was over, we released a thank you video and sent out updates about how the funds were being used.â€