How to Avoid Burnout as a Startup Founder 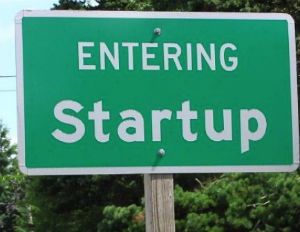 The following was written by Blake Lawson:

Owning a business is both a demanding task and taxingÂ endeavor. It doesn’t matter if you’re a one-person show or a C-Suite executive: stress levels can become overwhelming and debilitating. During my first two years of running a startup, there were times I felt like burying my head in the sand and second guessing my judgment inÂ taking on this endeavor. But at the end of the day, I’m happy I stuck with it as the rewards far outweigh the efforts.

[Related: Feeling Uninspired in Your Career? 25 Ways To Get Closer to Your Dream Job]

As I approach year fiveÂ of running my business, I’m recognizing that in the early stages of development I put far too much effort into my decision-making process. I would frequently turn myself intoÂ a nervous wreck by worrying about all the outcomes of a decision I’d already made. More often than not, I would use up all my energy pinpointing the hazardous potentials of aÂ decision rather than preparingÂ myself with any necessary solutions in advance. As you would expect, this had a negative impactÂ on both my business and my physical health.

I found myself unintentionally neglecting tasks that required immediate attentionÂ and ignoring my health. Once I came to terms withÂ my shortcomings, however, I made some minor adjustments that proved to giveÂ major results.Â The followingÂ are twoÂ strategies I used that helped me tremendously withÂ avoiding an entrepreneurial meltdown, and although there is no “right wayâ€ to handleÂ all the tasks of running a business, IÂ think you’ll find these methods to be incredibly helpful.

As I mentioned previously, I would often waste valuable time and energyÂ overanalyzing and scrutinizing my every decision. Let me be clear, there is no place for this in running a successfulÂ business, and once I came to that conclusion it took a heavy weight off my shoulders. What has assisted me in my decision-making has beenÂ to take a step back and literally write down on a piece of paper two potential outcomes: one of them positive, one of themÂ neutral. I have made it a point not to recognize anything in a negative manner; rather, IÂ label it as “neutralâ€ assuming it will provideÂ less favorable results.

Even when everything doesn’t go according to plan (and I can assure you it won’t), there is always another avenue you can take that may just be a blessing in disguise. Once you have your potential outcomes listed, write down the best solution to each one and force yourself to run with it. That way, you are ready for any curve balls that may be thrown your way and you won’t stress yourself out with finding a viable solution whenÂ you already have one in place.

Give Yourself a Break

I mean this both physically and psychologically. Give yourself a pat on the back for recognizing that you have just educated yourself through experience, which is I’ve found, more valuable than anything provided in school.

On the flip side, it’s also important to release your mind and body from the daily operations of running your business. Just like a computer, if your brain is working on overdrive 24/7, it has the potential to shut down. You need to give it time to reset to avoid the possibility of a burnout.

This didn’t come easily to me initially in the first few years since bootstrapping was a key factor toÂ my business’s success. ThoughÂ vacations may need to be few and far between, it certainly doesn’t mean you can’t take a breather, even if it’s just inÂ your own home.Â My wife was a pro at turning our homeÂ into a one- or two-day retreat. If there’s only one thing I could thank her for, pushing me to take a much-needed break would be it.

Although there are many other factors that come into play, these two points were incredibly useful for easingÂ the pressure. There are still some times that I catch myself reverting back to my old ways, but when this happens I like to reference one of my favorite quotes from Elbert Hubbard: “The greatest mistake you can make in life is continually fearing that you’ll make one.â€

Blake Lawson is currently the Vice President and CMO of CNC Jobs Inc., the parent company ofÂ CNCJobs.Net. The CNCJobs.Net website is the only Video Supported Job Board specific to Manufacturing & Technology. CNCJobs.Net brings employers and job seekers together much quicker at a fraction of the cost.