How to Cope with Being the Only Minority in the Office 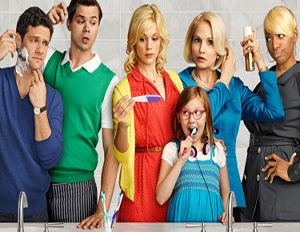 ‘Rich chick’ NeNe Leakes is moving up the Hollywood ladder from the Real Housewives of Atlanta to her new sitcom, The New Normal. As the lone black character on the show, Leakes’ ascent mirrors a common occurrence in many industries: The further you advance, the less minorities you encounter along the way.

Is this not-so-new normal of being the only minority—whether it’s Hollywood or Wall Street—really, well, still normal? For some, it is: According to the EEOC, in 2010 white people made up more than 83% of management, professional and related occupations, while people of color (including African Americans, Latinos and Asians), made up 11.9% of executive/senior-level officials and managers and 20.1% of all first/mid-level officials and managers. African-American and Asian women in the those same positions accounted for 5.3% and 2.7%, respectively.

From awkward hair questions (How do you do that? Can I touch it? So you don’t wash it every day?) to uncomfortable political discussions, being the minority in the workplace can be overwhelming to say the least.

Whether you’re expected to serve as spokesperson for your entire [insert minority factor here] when a heated issue or topic is brought up, or listen to people tell you how impressed they are by your eloquence and articulate speaking, being the only one—or one of few— takes discipline, focus and lots of patience. In the face of adversity, minorities must continue to be team players, even if it means fighting the urge to go off. Here are some tips to help:

Get connected: Race/gender/sexual orientation/age are only individual aspects of who we are as a whole. Instead of focusing on how you differ from your coworkers, focus on the things you have in common. You may share the same passion for cooking or may root for the same college football team. Focus on things that unite, not divide.

Drop the mic: While you may be tempted to properly educate others about the unique aspects of your cultural or ethnic heritage, try not to make overcoming stereotypes your sole focus. Try to resist the pressure to be an expert on all things related to your race, gender or sexual orientation.

Handle with care: Despite the fact that it’s 2012, discrimination and prejudice are still major issues in the workplace. If you find yourself in an unfortunate situation, make sure to approach it calmly and professionally. Then, find the appropriate person to discuss it with, such as a manager or an HR professional.

Have you ever experienced being the lone minority at your job? #SoundOff and follow me on Twitter @JayNHarrison.

FacebookTwitterYoutube
← Is Wendy Williams the Cause of a Chinese Kidnapping? ← Get the Memo: The Biggest Time Wasters Aren’t Just Employees
×