How to Fight Medical Billing Errors 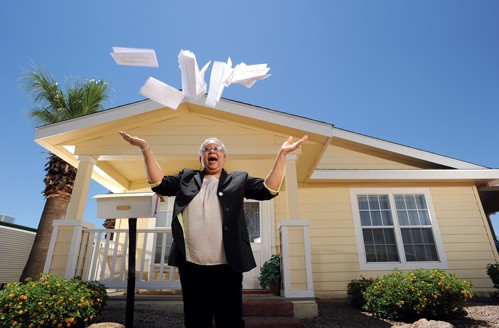 When Beverly Browning of Mesa, Arizona, got the results of her breast biopsy in 2003, she was thrilled that the test revealed no trace of cancer.

Then she got the $9,500 bill. Her insurance company refused to pay, citing a pre-existing condition: Browning had received suspicious results from mammograms in the past that indicated a need for further testing. So, she was left to pick up the tab. “I thought that was a lot of money for a 45-minute procedure,â€ she says.

Browning, now 61, followed her insurance company’s appeal process and negotiated with the hospital but made no progress. After searching online for help, Browning hired a medical billing advocate, a professional who works with patients to resolve billing disputes. The move paid off.

The advocate, Cindy J. Holtzman of Medical Refund Service Inc. in Marietta, Georgia, convinced the hospital to lower the bill to about $1,800 and write off the rest. Altogether, “I saved her about $7, 500,â€ Holtzman says.

While no one denies that medical billing errors exist, there are varying estimates about their number. The American Medical Association announced in June that nearly 20% of medical claims are processed inaccurately by health insurers, butÂ  Medical Billing Advocates of America, a Salem, Virginia-based trade association, finds the number to be much higher. “Our best estimate is eight out of 10 hospital bills contain errors,â€ says MBAA Vice President and Chief Operating Officer Christie Hudson. “We see them on a daily basis.â€

Besides billing errors, “about 3% of healthcare expenditures are fraudulent,â€ says Louis Saccoccio, executive director of the National Health Care Anti-Fraud Association based in Washington, D.C. Fraud can be introduced at the medical provider’s office or by the insurer. Patients may receive bills for services that weren’t performed, or they may be double-billed or charged a price that’s higher than normal, Saccoccio says.

The best way to protect yourself from billing errors is to scrutinize bills. If the statement lists “miscellaneous expenses,â€ or provides only a summary of charges, ask for an itemized statement, Holtzman urges. “I’ve seen a case where someone was charged $1,000 for a toothbrush.â€ Also check dates that services were rendered to make sure you actually received services on those days.

To determine whether a charge is reasonable, “call the doctor’s office or the hospital and get the procedure code. Then call your insurance office and ask what they pay for that code,â€ says Hudson. You can also check prices at healthcare cost websites (see below); then call the medical provider’s office and ask if the bill can be adjusted.

You can probably handle many billing disputes yourself by following your insurer’s appeal process or by contacting your physician’s office. If your bill has gone to a collections agency, contact your insurer right away. Then follow up with your medical provider and agency. But if you’re getting nowhere on your own or a large bill is involved, a medical billing advocate–which typically charges a hefty 25% to 35% of the amount saved–might be worth the expense. Find one at www.billadvocates.com. You must sign a form authorizing the advocate to work on your behalf and contact everyone involved.