How To Get Great Credit: Tips for An A Plus Score 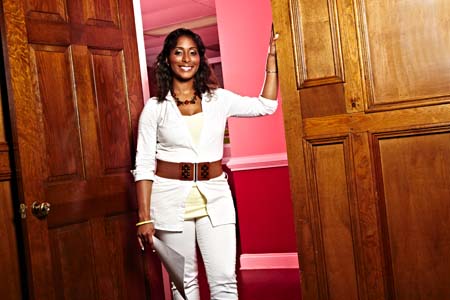 When Simone Griffin was young, she would watch her grandmother pay the bills on the first of every month. “My grandmother would talk to me about the importance of saving, paying bills on time, and monitoring spending,â€ the Atlanta-based executive director for homeownership organization HomeFree-USA says. Those conversations paid off, as Griffin now has an 801 credit score. “Credit is a barometer of my goal of building wealth–it tells me if I’m on the right path,â€ she says.

Griffin, 33, paid off all her consumer debts last year. She also surrounds herself with people whose values are similar to hers, such as her friend Jade Brawley, a Washington, D.C.-based schoolteacher who is working to improve her credit score, which is in the mid-700s. “Before I make a purchase, I plan for how I’m going to pay it off,â€ says Brawley, 32. For Griffin, having someone mirror her own money-management philosophy motivates her to reach her financial goals.

Achieving A+ credit can pay off in the form of lower interest rates, faster loan decisions, and easier access to capital. The most widely used credit score is Fair Isaac Corp.’s FICO score, which ranges from 300 to 850. “Excellent credit is whatever credit score is necessary to get the best deal that a lender has to offer,â€ says John Ulzheimer, president of consumer education at credit monitoring website SmartCredit.com. That number can vary not only by lender, but according to the type of loan a consumer is applying for. For example, lenders awarding 30-year fixed-rate mortgages might consider a 760 FICO score to be A+, while those offering 36-month auto loans might consider a consumer with a 720 score or above to have excellent credit, says Barry Paperno, consumer operations manager for myFICO.com. Currently, you’ll likely qualify for the best rates for any type of big-ticket purchase if you have a score of about 760 or above, experts say.