How To Land A Baller 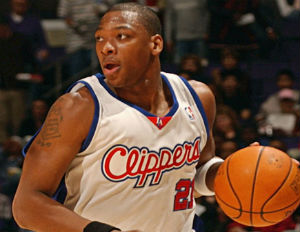 After playing in the NBA for ten years, Bobby Simmons earned his degree in marketing and advertising from DePaul University last year. On Thursday, he joined Phil Heath, four-time Mr. Olympia champion bodybuilder and owner of a nutritional products business on the sports business panel hosted by The Shadow League. Simmons shared marketing and advertising nuggets of wisdom that he has garnered from being an athlete as well as in class.

[Related: No World Series Title After All]

Simmons says there is a lot of opportunity for marketing consultants to develop the brand of an athlete. “A lot of the players just don’t get pitched so they are pitching their own thing during (post game) interviews,â€ says Simmons.

Simmons shared this advice during the panel for anyone looking to land an athlete client:

“There are a lot of guys out there who want endorsement deals but their agents are too busy,â€ says Simmons of the available potential.

The panel was held at the Hilton Double Tree in New York City and attended by sports industry professionals on the kickoff day of NBA All-Star Weekend.