Here's How to Protect Your Finances in a Recession 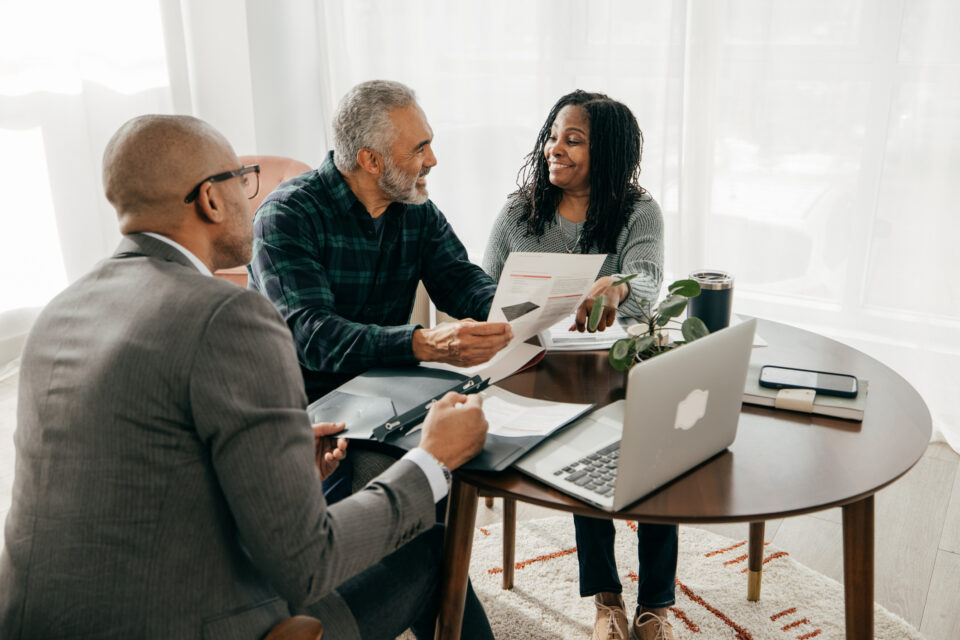 Inflation has reached its highest since 1981. To counter this, the Federal Reserve has increased interest rates three times this year.

In an effort to curb inflation, the government is intentionally slowing the economy — creating this recession. It’s important to note that recessions are not economic depressions. However, recessions can impact your personal finances due to job loss, income loss, and decreased home valuations. For Black Americans, the problem is even more pronounced.

Here are the facts:

– Black workers are twice as likely to be laid off than their white counterparts.

– Black employees make up to 80% of what a white employee with similar education makes.

– Homes in predominantly Black neighborhoods are devalued by 23%.

Add it all up and many families have, or will, experience a major financial setback. The good news is that you can overcome, or even prevent, a potential crisis. The key is to have a clear vision, strong mindset, and proactive approach.

Former HBCU grad, NFL player, and multi-millionaire Marques Ogden understands financial setbacks. Ogden’s construction and contracting company, Kayden Premier Enterprises, became Maryland’s largest black-owned subcontractor in 2012. This success, however, was short-lived, as the company collapsed into bankruptcy as a result of bad projects. One year later, Ogden was bankrupt, had lost his home to foreclosure, and both of his cars had been repossessed.

The struggle to find steady work drove Odgen to take a job as a custodian. Soon after, his lowest point came courtesy of a busted trash bag, which covered him in spoiled milk, rotting meat, and other waste. Feeling demoralized, he went home that night and made a plan to get his life back together.

Today, Marques is a successful keynote speaker, business coach, and author of The Success Cycle: 3 Keys for Achieving Your Goals in Business and Life. In addition to hard work, he also credits his monetary rebirth to a three-step internal process that helped him overcome disaster and come out on top.

Visualize your goal and actually see, feel, and believe in it

Do this until your mind processes it as a foregone conclusion with a positive outcome. Writing down your goals and breaking them down into bite-sized weekly and daily actions is a great way to start.

Stay committed to the work, not the result itself

This is the key to creating the life you want and is where belief comes into play. Many people want to be financially free, but when they face setbacks, they simply give up or quit.

“Ninety to ninety-five percent of society falls off because they want instant gratification,” says Ogden.

Take hold of your subconscious mindset

It took 2.5 years before Ogden earned a paid speaking gig. To stay motivated and focused, he fed his inner self positive images of his success and learned to ignore any habitual negative self-talk or sabotage. He credits meditation and visualization for helping him maintain clarity and focus, despite the lack of quick, tangible results. After a while, this habitual reinforcement allowed Ogden to learn, adapt, and ultimately take the right actions to make his goal a reality.

Mindset is one thing. Tactical strategies are another. In addition to focusing on his mental approach, Ogden focused on three key financial steps, which he recommends to his clients.

Pay yourself first by saving 10-15% of your income

Instead of focusing on just cutting expenses, make saving 10-15% the first priority before your expenses. Reductions become less painful if you’ve already allocated funds for savings and don’t treat it as an afterthought. Most payroll providers will automatically deposit a percentage of your pay if specified on your direct deposit form. Better yet, amp up your savings even more with apps like Digits or Acorns that painlessly round up your purchases to the nearest dollar, then deposit the change into an interest-bearing savings or investment account.

Even if you’re a high-income earner, it’s good to cultivate multiple sources to diversify your income base as a defense against surprise fluctuations. Dependence on a single income source is a recipe for disaster, especially in the face of an unexpected layoff, furlough, or termination. Since 64% of workers live paycheck to paycheck, multiple streams are critical to create a cushion. Consider app-driven gig jobs like rideshare or food delivery, or start a small business that’s complementary to your core skills. Another option is to offer on-demand services through providers like Rover, Care.com, Fiverr, or Upwork. However, be careful to avoid get-rich-quick multi-level marketing programs or work-from-home outfits that end up costing more than you’ll ever make.

Gather a network of empowerment

Remember the old saying that your network is your net worth? Give your connections a close look and figure out the best supporters in your crew. These are the people who’ll vouch for you, set up important connections, and will be your cheering squad after every win. Don’t use others. Instead, always work from a place of genuine reciprocity and gratefully offer to give value of your own in return. After a while, that supporter will gladly turn into a sponsor who will then connect you with their most influential contacts.

Weathering the Storm of Uncertainty

With the Federal Reserve actively looking to curb inflation and stall economic growth, a recession is imminent. Being proactive with your financial decisions can make the difference between riding rippling waves or standing on a sinking ship.

Protect yourself from the financial storms that lie ahead by saving a portion of your earnings, maintaining multiple income sources, and leveraging your network. Suffering a financial setback is tough, but with the right mindset and strategy, you can overcome it and maybe even come out better than where you started.

John Casmon is a real estate entrepreneur and former marketing executive. He has partnered with busy professionals to earn passive income and acquire over $100 million worth of apartments. In addition, John hosts the Multifamily Insights podcast and is the co-creator of the Midwest Real Estate Networking Summit.