How to Talk to Your Co-workers About Race 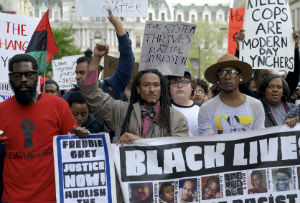 There isn’t a more sensitive, front-running topic in the nation right now than race–it’s inescapable. The topic can be emotional, all-consuming, daunting, frustrating, and irritating, but it can also liberate, educate, inspire, and unite.

The workplace is generally where egg shells are walked on when facing complex, emotional issues such as racial sensitivity. However, given today’s social climate, this issue is increasingly harder to ignore or escape, even during those hours spent at work.Â Race is the elephant in the room.

To find out what we can do to safely address this elephant,Â BlackEnterprise.com reached out to Sofia Santiago, an expert in intercultural communication and co-author of the bookÂ Difficult Conversations Just for Women: Kill the Anxiety, Get What You Want.Â Here is her advice:

Why are you having this conversation? If it’s clear to all parties that the purpose is to have a respectful exchange of ideas that could end in someone saying “let’s agree to disagree,â€ a handshake, and maybe even a beer after work, then proceed. If someone is more interested in proving he or she is right and whoever disagrees is wrong, then choose to talk about a sport you both like instead.

Recognizing means admitting that people from a variety ethnic groups ultimately present cultural differences; it’s not the same as judging. Judging implies the belief that one group is inherently superior to others. If all participants in the conversation can agree on maintaining this approach, they’ll be off to a good start.

3. Try to Understand Where the Other Person’s PerspectiveÂ

Just from the descriptions, it’s easy to anticipate the outcome of racial conversations, once one has identified the stages at which the parties are.

4. Agree on Focusing on Content, Rather Than on the Process

Imagine that you want to have a conversation about another sensitive issue–such as gay marriage, abortion, or politics–and you don’t know in advance whether the other person agrees with you or not.Â Now, imagine that you are quiet and like discussions that are unattached and unemotional. You like using logic to present a topic, regardless of any feelings you may have about it. In contrast, the other person likes to argue, feels passionate about the topic, is sometimes loud, highly expressive, and insists that you take a stand. He or she feels uncomfortable with silence, and if you don’t reply, they interpret it as if you’re holding back.

Have you noticed that I haven’t even told you what each party believes, and we are already focusing on the differences approaches each has to the conversation, rather than on the issue at hand? That’s what focusing on process rather than on content means.

5. Confirm the Meaning of Terms; Don’t Assume They Mean the Same Thing for Each of You

Effective communicators know assuming is never a good idea, and in delicate situations, it’s even more important to avoid taking definitions for granted.

6. Balance the Ethnic Backgrounds of Those in the Conversation

Imagine a group of ten black employees having a conversation about race with one white employee. Now, imagine a group of five blacks and five whites. The group dynamics will be different just because of the balance.

7. Have an Exit Line

Use exit lines to leave a conversation gracefully, like:

What makes an exit line effective is your ability to use itÂ before a conflict escalates.