How Two Filmmakers are Taking on the Complexity of Black Girlhood 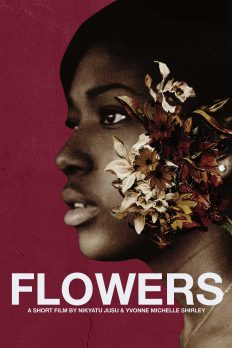 There aren’t many coming-of-age filmsÂ today in which the young, black teenage girl rules, but independent filmmakersÂ Nikyatu Jusu and Yvonne Shirley plan to change that. These two, who attended NYU’s M.F.A. film program together, strive toÂ tackle this very real, resonating topic of black girlhoodÂ in a complex, yet compelling way in their new short, Flowers,Â which won the 2016 ABFF HBO Short Film competition.

I had the opportunity to sit down Nikyatu Jusu and Yvonne Shirley, to discuss their motivation for creating the film, and how they navigate the film industry as female independent filmmakers of color.

BE: What is Flowers about?

Nikyatu: Flowers is a coming-of-age revenge film about two Brooklyn, N.Y. teens, who try to get revenge on their teacher. But, the revenge plot backfires.

BE: What inspired you to make this film?

Nikyatu: Originally, the concept was a feature. Both of us worked in education in different capacities, and we saw how amazing, intelligent, dynamic, and intriguing some of the black teen girls that we worked with were. We made a list of our resources and worked backward from there. We created a story surrounding the renditions of these girls that we’ve seen in our work and just living in Brooklyn, in general.

BE: What are you hoping to achieve in making Flowers? What do you want the audience to take away from the film?Â

Nikyatu: Ideally, we want to draw attention to our work as true auteurs as writers/directors, but we also want to contribute to the canon of coming-of-age films for black teen girls. We wanted to showÂ these dynamic and interesting renditions of black girls in positions of power. If you look at the state of education now, black girls are kind of left to their own devices. So, the spotlight on their struggles is not as large as the spotlight on black boys’ struggles. This is an attempt to not only draw attention to our skills as filmmakers, but also to draw attention to what’s actually going on with black girls in education, and how interesting and dynamic they are.

Yvonne: It’s definitely a work of art that asks a lot of questions, [and] doesn’t answerÂ any questions. [It’s about] seeing young black girls that are very much aware of their environment and very much aware of the obstacles that confront them. But also, they are exercising their own agency and showing a level of creativity and control in that agency.

BE: You went to NYU together, but this is your first collaboration. Why collaborate now?

Nikyatu: It mostly came out of frustration withÂ our individual paths. We definitely felt like combining our power would make us more of a force to be reckoned with, as we transitioned to the feature game. You must have solid peopleÂ on your team. As two writer/directors, that’s half the burden on each of our heads. Our power combined–undeniable.

Yvonne:Â Consider our paths–the fact we are out here trying to createÂ work in this field. We have to get creative in how we make things happen for ourselves becauseÂ of who we are; we are historically underrepresented and under-resourced. We can’t just sit around, twiddle our thumbs, and wait to get chosen by the system. We have to be innovative and put our money where our mouth is, in terms our actions, time, and resources in supporting each other.

BE: So, how didÂ you determine the funding strategy?

Yvonne: We weren’t willing to sit around and be chosen, but also we felt like we had a narrative that might not appeal to some of those traditional funders. We’re presenting black girls in a way that might be unsettling to some people and might not look like what they want to see, when they think about wanting to fund a black film. The thought of us sitting down at a table at the markets we’ve attended, or even writing grant applications to appeal to someone else’s view of what we should be doing and how we should be doing–it was so unattractive. We just decided to put our money together and make it happen for ourselves. Not to say we won’t have to sit at those tables later on, but for this, we just wanted to get our feet wet.

BE: Once you decided to self-fund the film, did you have any other challenges making the film?

Nikyatu:Â Well, the biggest challenge is always going to be money–assuming you have a clear, creative vision. I think people expect us to say we have creative challenges, but we really haven’t had any. For me, the biggest challenge has been money. This is the first film I’ve invested in with my own money. Previously, everything has come fromÂ grant sources. Having to straddle that line to stay afloat–paying rent on time, but also investing in yourself and invest your art–is always a complicated line to straddle.

BE: I think many can agree with you. How do you find the balance to make art and live?

Nikyatu:Â [Laughs] I’m still figuring that out. But, I think part of the benefit of going to film school is having people around you who are equally–if not more– talented. You have access to these people; you don’t have to pay full rate or have a connection here or there. We have a surrogate film family, which definitely helps.

BE: In figuring out that balance, what motivates you to keep going?

Nikyatu:Â It’s definitely masochistic. It’s not an easy task as black women, and then being adamant about showcasing black women. It’s hard, but to supplement what Yvonne said, we have important stories to contribute to a bigger dialog.

Yvonne:Â I don’t know what I would rather be doing. It’s such an inspiring time, in terms of technology and access. The fact that we can rent cinema cameras for $150/day is not something we could have even done back when we first started film school. Technology has come so far, and the access to it keeps you inspired and kind of hungry.

BE: Right! So what advice would you give to aspiring filmmakers?Â

Nikyatu: Write. Really study both short form content and feature film content on paper, before you start thinking of dabbling in technology. Technology is always seductive; it’s the writing aspect that people neglect, and it’s the cheapest aspect to learn. Study form, study function, study craft. Read scripts so you know what rules you’re breaking, if you choose to break them.

Yvonne:Â Don’t think about what you ‘should’Â do, do what you want to do. Never bound yourself to anything. Explore your curiosity freely.

BE: What’s next for both of you?

Nikyatu: We want the resources to make a feature film version of this narrative,Â because we have some characters that we would like you to meet. [I want to] create something that,Â as an educator, I can proudly show to my students. We want themÂ toÂ see themselves,Â especially the black teen girls, reflected in a very interesting, entertaining way. We want to contribute to a body of work that showcases authentic black girls.

Currently on the festival circuit, Flowers will screen at the Urbanworld Film FestivalÂ in New York CityÂ SeptemberÂ 22, 2016, and it will be available next year on HBO.