How You Can Profit From Market Volatility 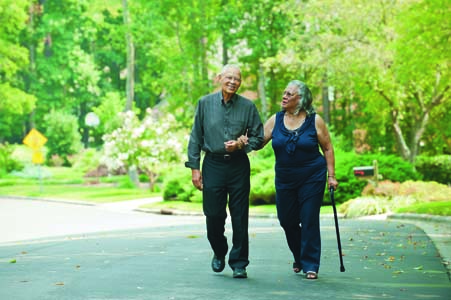 Distressed by the erratic trading sequence of stocks in recent months, Nathan Garrett has dramatically changed how he invests in the market.

Garrett, 80, a Durham, North Carolina, retiree who has invested in stocks for 40 to 50 years, said the latest meltdown on Wall Street has made him “very nervous.â€ He maintains that the volatile market is the second worst he has seen since stocks tumbled after the financial crisis in 2008. “I learned some lessons from 2008,â€ he says.

Today’s stock market activity has made him look more closely at the type of investments he should include in his portfolio–whether it’s stocks, cash, or fixed-income assets. “I want what works best for the well-being of my family,â€ says Garrett who has a wife, Wanda, 78, three grown children, seven grandchildren, and 10 great-grandchildren.
While he has become a more cautious investor, Garrett hunts for bargain stocks with strong long-term growth potential. Given the market’s volatile nature, his holdings have taken a wild ride. Consider, on July 24, Garrett’s investment strategy was “moderately aggressive,â€ and 75% of his investments were in equities, 10% savings, and 15% fixed income.

However on July 25, driven largely by stock market jitters and Congress squabbling over the debt ceiling, Garrett liquidated much of his stock and shifted his holdings to only 10% stock and 80% cash, and the remainder in fixed income.

Since then he has also changed his investment philosophy, becoming a self-professed “moderateâ€ investor. On Aug. 10, after the debt ceiling compromise and stabilization of the market (at least for a few sessions), Garrett says he re-entered the market and boosted his stock holdings to 50% from 10% through his investment advisers, Piedmont Investment Advisors L.L.C. (No. 8 on the be asset managers list with $3.4 billion in assets under management). A sophisticated investor, the former CPA and lawyer has mostly blue chip stocks among his equity holdings, which make up 50% of his portfolio, 22% cash, and the remaining 28% in fixed-income investments. Stocks make up 40% of his portfolio’s value. “I’m very watchful with what’s going on now,â€ Garrett says.

FacebookTwitterYoutube
← Live, On the Air, and in Your Store ← Stocks That Pay Dividends
×