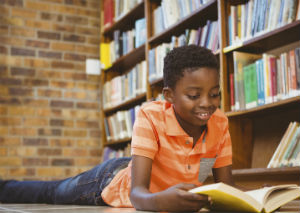 The announcement on Friday for a newÂ series spin-off of Ta-Nehisi Coates’Â Black PantherÂ comic book has been generating a lot of buzz. The first, black superheroÂ in mainstream American comics, Black Panther,Â debuted in an issue ofÂ Fantastic FourÂ in 1966.

Coates, a national correspondent atÂ The Atlantic and an alum of Howard University, was offered the opportunity last year to write an 11-script issue of Black Panther,Â according to the HBCU alum. For Coates, who says he “found the tales of comic books to be an escape, another reality where, very often, the weak and mocked could transform their fallibility into fantastic power,â€ it was a dream come true.

He says in The Atlantic:

“Some of the best days of my life were spent poring over the back issues ofÂ The Uncanny X-MenÂ andÂ The Amazing Spider-Man. As a child of the crack-riddled West Baltimore of the 1980s, I found the tales of comic books to be an escape, another reality where, very often, the weak and mocked could transform their fallibility into fantastic power. That is the premise behind the wimpy Steve Rogers mutating into Captain America, behind the nerdy Bruce Banner needing only to grow angry to make his enemies take flight, behind the bespectacled Peter Parker being transfigured by a banal spider bite into something more.Â But comic books provided something beyond escapism.

Indeed, aside from hip hop and Dungeons & Dragons, comics were my earliest influences. In the way that past writers had been shaped by the canon of Fitzgerald, Hemingway, and Wharton, I was formed by the canon of Claremont, DeFalco, and Simonson. Some of this was personal. All of the comics I loved made use of two seemingly dueling forces–fantastic grandiosity and ruthless efficiency. Comic books are absurd. At any moment, the Avengers might include a hero drawn from Norse mythology (Thor), a monstrous realization of our nuclear-age nightmares (the Hulk), a creation of science fiction (Wasp), and an allegory for the experience of minorities in human society (Beast). But the absurdities of comics are, in part, made possible by a cold-eyed approach to sentence-craft.â€

Coates goes on to elaborate on his personal approach to the writing process and how, while writing for The Atlantic,Â he tries to make every word count. Although, he admits, that even he fails at this sometimes.

In addition to writingÂ Black Panther, Coates will be one of theÂ co-writers forÂ World of Wakanda,Â according to The Hollywood Reporter,Â joining “both noted writer and educator Roxane Gay and poet Yona Harveyâ€ with “Gay’s storyline focusing on Ayo and Aneka, two former members of the Black Panther’s bodyguard organization, the Dora Milaje, while Harvey’s will center on Zenzi, the revolutionary who started the riot that opened Coates’ own series.â€

The much anticipated spin-off series launches later this year.

To date, Coates’sÂ Black PantherÂ No. 1 has sold an incredible 253,259 orders in the U.S. alone, making it one of the best selling comicsÂ in 2016, according toÂ The Hollywood Reporter.

Coates talks about the writing project in the video below.

This article wasÂ written by Tommy G. Meade Jr., Editor-in-Chief of HBCUBuzz, where it wasÂ originally published.Â It is reposted here with permission.Â