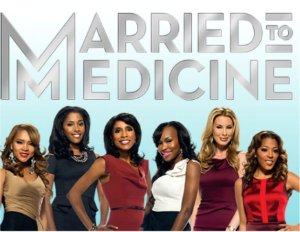 A group of black female medical students at Howard University are urging Bravo to cancelÂ  its new reality show “Married to Medicine,” which follows the lives of prominent black women doctors and doctors’ wives in the Atlanta area, before its March 24th premiere, Madame Noire reports.

Female students at the historically black medical school say the show will portray black women doctors as “catty” and “unprofessional,” and claim they are only trying to protect the sanctity of their profession. The students have started a petition on Change.org. Part of it reads:

“Black female physicians only compose 1% of the American workforce of physicians. Due to our small numbers, the depiction of Black female doctors in media, on any scale, highly affects the public’s view on the character of all future and current African American female doctors. Bravo’s “Married to Medicineâ€ not only exploits the 6 lives of its Black female cast members, but, through its advertisements and commercials, heavily associates Black females in medicine with materialism, “cat fightsâ€, and unprofessionalism.

The medical students also say shows like “Married to Medicine” will make it difficult for black women to advance in the medical field:

“…..as residency positions are becoming increasingly more competitive (particularly for Black women) and contingent upon social behavior of graduating medical students, this depiction will only hinder black female physicians from attaining competitive residencies. Hence, for the sake of integrity and character of black female physicians, we must ask that Bravo immediately remove and cancel “Married to Medicineâ€ from its channel, website, and any other media.â€

The presumption seems to be that all reality shows portray an unrealistic amount of conflict and negativity, also known as “rachet.” Do you agree with their opinion?