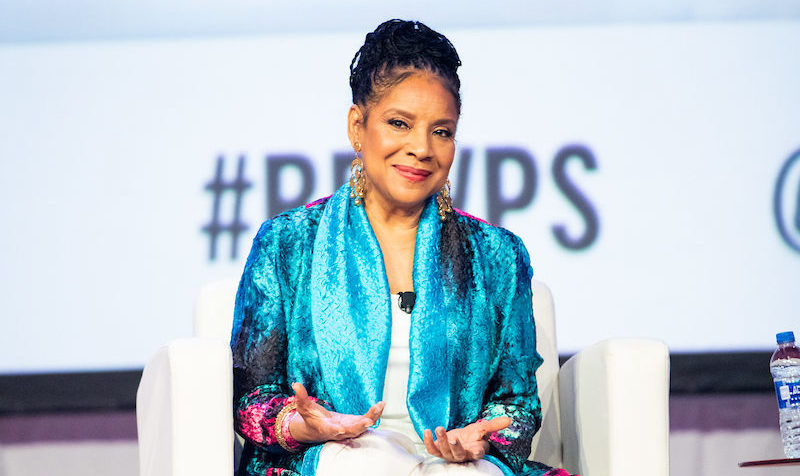 Howard University alum and renowned actress Phylicia Rashad is spreading her wings in education as the newly appointed dean of the school’s reestablished College of Fine Arts.

The school announced Rashad’s new position at her alma mater on Wednesday following a nationwide search for the right candidate. The For Colored Girls actress is set to begin her new role as dean on July 1, 2021, and will report to Provost Anthony K. Wutoh.

“It is an honor to welcome one of Howard’s acclaimed daughters back home to Alma Mater,” Wutoh said in a statement. “In this full circle moment, Ms. Phylicia Rashad will take the training and skills that she honed as a student at Howard and exuded in an outstanding performing career, and she will share those pearls of wisdom with the next generation of students in the College of Fine Arts. Her passion for the arts and student success makes her a perfect fit for this role.”

Since obtaining a bachelor’s in fine arts from the notable HBCU, Rashad went on to become a household name playing iconic roles like Claire Huxtable on The Cosby Show, Gilda in For Colored Girls and Lena Younger in Lorraine Hansberry’s A Raisin in the Sun, IMDB reports. Her most recent work includes portrayals on NBC’s hit scripted drama series This Is Us, Fox TV series Empire, the Academy Award-winning animated feature, Soul, and the Netflix holiday musical Jingle Jangle, among many others.

While she’s still extremely busy securing work onscreen, Rashad is more than pleased to return as an alumnus offering guidance to the next generation of entertainers coming out of Howard.

“It is a privilege to serve in this capacity and to work with the Howard University administration, faculty and students in reestablishing the College of Fine Arts,” Rashad said.

In the past, she has returned to the school to serve as a guest lecturer and adjunct faculty member. The school’s president praised her new role within the HBCU.

“I can think of no individual better suited to take on this role than Ms. Phylicia Rashad,” said Howard University President Wayne A. I. Frederick, M.D., MBA. “Given Ms. Rashad’s reputation as well as her capabilities and impressive list of accomplishments, she will undoubtedly empower the college to transcend even our incredibly high expectations. Under her leadership, Howard will continue to inspire and cultivate the artists and leaders who will shape our niche and national cultures for generations to come.”