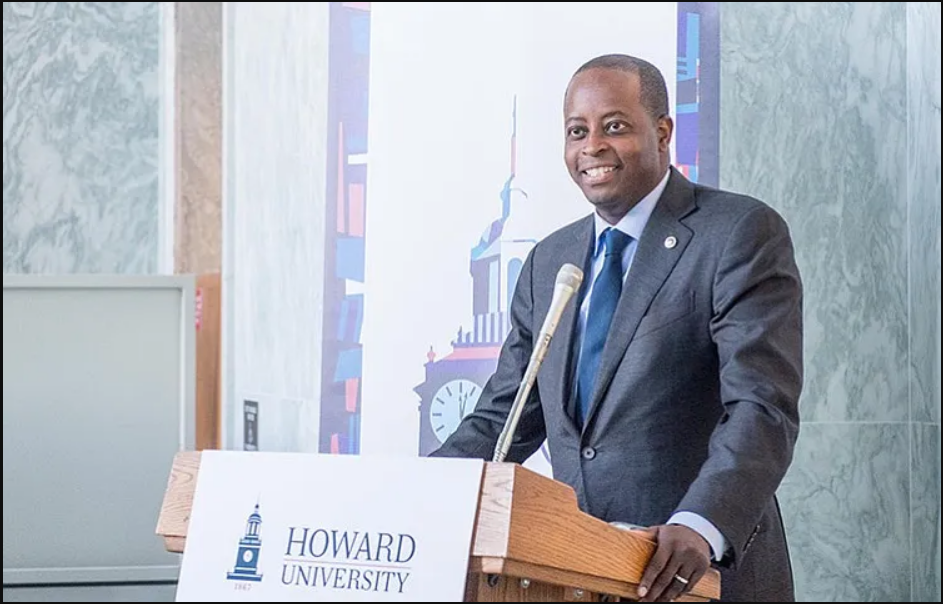 On Wednesday, Dr. Laurence C. Morse, chair of the Howard University Board of Trustees, addressed a letter to the Howard community that Frederick recently will step down by June 2024, the Washington Informer reported.

“We appreciate that Dr. Frederick has given us ample time to find the next great leader of Howard University and remains committed to fulfilling key components of the Howard Forward Strategic Plan, along with other initiatives on his agenda,” Dr. Morse wrote. “Over the next two years, Dr. Frederick will continue to give his undivided attention to advance our collective interests, drive impactful initiatives, and support the people that comprise our growing University community.”

The university’s 17th president said he’s committed to remaining in place for the next two years to ensure a smooth transition.

Frederick, who first arrived as a student from his native country Trinidad, has 34 years of Howard pride under his belt as a faculty member, administrator, and, since 2014, as president. He holds a dual B.S./M.D. and a master of business administration degree from the Howard University School of Business.

During his tenure, the Howard community has seen successful and tumultuous times.

In March, the University announced that it will be constructing new academic and housing buildings with an investment of $785 million over the next five years.

This news follows the weeks-long lock-ins and protests that were conducted by Howard students in 2021. Disheartened students sought answers from Frederick and the administration to address housing conditions featuring rats, mold, and insect infestation. An agreement was finally met, but no specific details were publicly announced.

“The health and well-being of our students is the most important part of my job as president,” Frederick said at the time, according to NPR. “As I have said before, even one issue in one of our dormitories is too many, and we will continue to remain vigilant in our pledge to maintain safe and high-end housing.”

“The next president of Howard will follow Dr. Frederick’s lead in exemplifying our motto of truth and service by strengthening our legacy, embracing and expanding our community, and building on our strategic plan to prioritize the success of our students, faculty and staff,” Morse wrote.