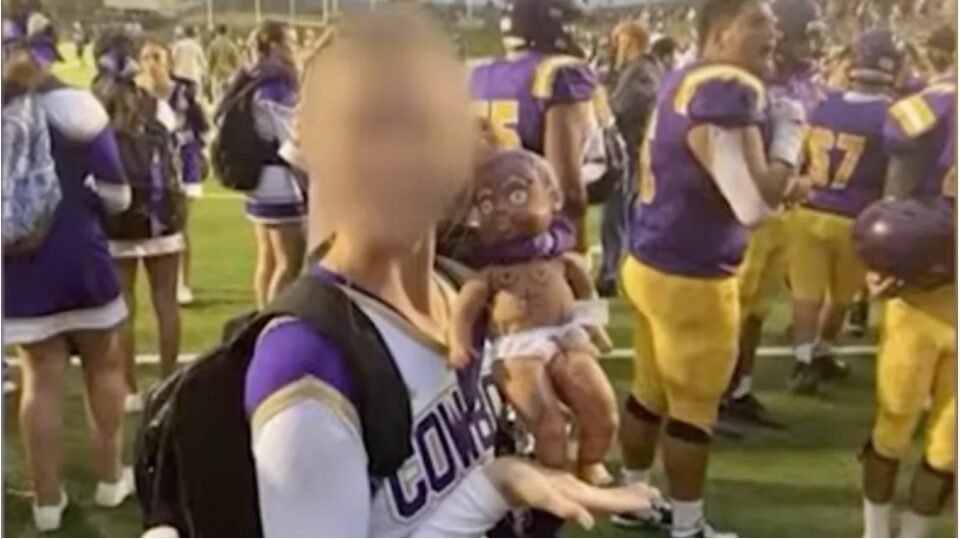 The Superintendent of the California school district behind the racist and abusive acts toward a Black baby doll says disciplinary action has been taken against the student who initiated the racist incident.

This comes after public backlash mounted over the “game” at Salinas High School that students played involving a Black baby doll they named “Shaniqua.”

Students seemingly altered the doll’s face to give her “big lips” and a facial tattoo and repeatedly abused the doll by stomping on it, they ran over it with a fellow student’s car, and put the doll in various sexual positions, according to Newsweek.

The students posed with the doll in a now-deactivated Instagram account called “shaniqua.shs.” The students passed the doll around and it became a widespread “game” at the school’s jamboree.

The School District investigated and released this statement saying:

“Initial investigation resulted in student discipline administered to the student that initiated the incident, which included creating an Instagram account named after the doll,” Burns said in his statement.

“Student disciplinary consequences for students in this incident will be administered in accordance with CA Ed Code.”

California Education Code Section 201(d) states that there is an “urgent need to prevent and respond to acts of hate violence and bias-related incidents that are occurring at an increasing rate in California’s public schools.”

Now the the district plans to hire a third-party investigator “to review all of the aspects of racism, hate and discrimination” related to the images and videos that have surfaced on social media.”

“I understand there is a desire for a swift resolution, but we are also going to look deeper into the root causes of this type of behavior so that change can be relevant and lasting,” the district statement said.

Meanwhile, the local NAACP Monterey County branch is calling on the district “to send a strong message and make it crystal clear that there will be consequences for (students’) very serious actions.

“…This is not the first time that allegations of racism have reared its ugly head at SUHSD,” the statement continued. “…It is our sincere hope that the administration sends a strong message that racism will never be tolerated. Not by students. Not by faculty. Not by anyone.”