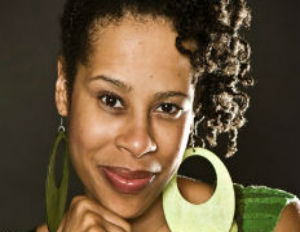 In 2013, theater critic Ben Brantley, in hisÂ New York Times review ofÂ Dominique Morisseau’sÂ Sunset Baby, described the playwright as a writer “who knows the code for getting under our skins . . .â€

Perhaps this is what has actor Blair Underwood, Golden-Globe nominee and star of ABC’s Marvel’s Agents of S.H.I.E.L.D, so excited about playing the role of Blue in her latest work, Paradise Blue. In a BE Exclusive, Underwood referred to the role as “powerful,” but Morisseau, story editor on Showtime’s Shameless, is no stranger to this kind of description.

Paradise Blue, directed by Tony Award-winner Ruben Santiago-Hudson, is based in Detroit and centers on an African American trumpeter struggling with whether or not to sell his beloved jazz club.

BlackEnterprise.com caught up with Dominique Morisseau to discuss her play, her hometown of Detroit, and the unique challenges of being an artist of color.

BlackEnterprise.com: Tell me about The Williamstown Theater Festival,Â Paradise Blue, and what inspired you to write it?

Morisseau:Â I’m from Detroit. My play, Paradise Blue, is part of a three-play cycle about my city. The cycle is called The Detroit Project. The first play was called Detroit ‘67 and that was about the 1967 riots in the city, kind of like what we’re seeing in Ferguson, New York, and all over the country. The second play in my cycle is Paradise Blue and that’s looking at 1949 during the Jazz era of the city when Detroit had its own little Harlem renaissance, if you will, a thriving black community called Blackbottom, and a black business strip called Paradise Valley where they had automobile shops, lots of bars and nightclubs, and jazz spots. Â Alot of the great jazz legends used to come through Detroit and play in Paradise Valley. In 1949, a housing act got passed that would eventually lead to the wiping out of Blackbottom and the building of the 75 Chrysler Freeway. Blair Underwood plays the owner of the jazz spot, and [the piece centers on] what happens when the city gets ready to start its Urban Renewal Campaign and get rid of the black folk. [It’s about] who’s on board and who’s not.

Williamstown Theatre Festival produces works that are in practice, transitioning to another city, or getting incubated for the first time with the hope of transferring to another city. So, this is a safe space for things to get on their feet, get in front of audiences,Â  get tried out and get the chance to move to New York or transfer somewhere throughout the region. It’s also a really special place because it was started by a guy named Nikos Pappas, a Greek man who believed in theater and creating a safe haven and artistic space for theatre makers. The tradition has been going on for several decades now and has new leadership, Mandy Greenfield, who has just taken over as artistic director.