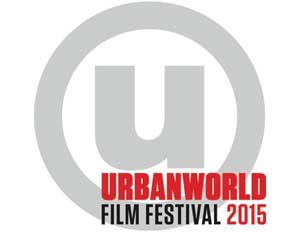 From September 23- 27, the Urban World Film festival kicks off in New York City. Over the last 18 years, the festival has attracted an impressive lineup of on-screen talent, directors and key industry influencers, including Ava DuVernay, Viola Davis, Tyson Beckford, Kerry Washington, and many more.

The 5-day festival, taking place at AMC Empire 42nd Street, includes 80 films from around the world. Additionally, panel discussions, live screenplays, and exclusive performances are also scheduled. This year, Tyrese Gibson, the multi-talented singer, songwriter, actor and producer is Urbanworld’s 2015 festival ambassador. Gibson will debut the premiere of his short film SHAME that he produced alongside Denzel Washington, which stars Jennifer Hudson.

Whether you’re a top executive at a Hollywood studio or an emerging filmmaker, the festival has proven to be a great platform for people looking to connect with filmmakers and influencers from around the world. According to a statement released by Urban World Founder, Gabrielle Glore, “the film festival provides a showcase for filmmakers across the globe, who fearlessly share their stories in the most personal, thought-provoking, and unrelenting ways. They are rebels with a cause, with a voice, and with an independent spirit that defines Urbanworld and the content we proudly present each year. They expand, deepen, and intensify the art of storytelling, as they navigate their creative process, all while magnifying the diverse lens capturing the world we live in.â€