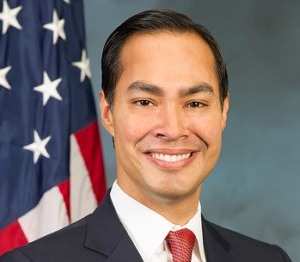 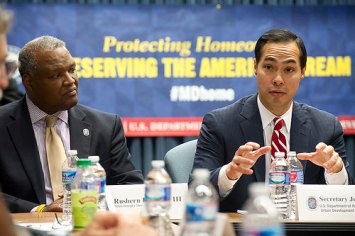 Castro, who took office in July of last year, spent his first few weeks traveling across the country to find out the agency’s mission and impact.

In a phone interview, he stressed his commitment to ensuring that low-income Â African-Americans gain a fair playing field when it comes to empowerment through homeownership.

The latest data from the Census Bureau finds that the homeownership rate for White households in the U.S. is 72.3%, while just 42.1% of black households own homes.Â  These disparities have been exacerbated by the Great Recession, but the story has remained the same.

Castro says a move by the government to reduce mortgage insurance premiums could be a game changer when it comes to boosting homeownership rates among blacks.Â  On January 26, 2015, the Federal Housing Authority (FHA), reduced insurance premiums for borrowers with case numbers assigned on or after that date.Â Â  “This reduction will save two million FHA homeowners an average of $900 per year,â€ said Castro.Â  “That should spur 250,000 new home buyers to purchase their first home over the next three years.â€

In addition, the HUD Secretary says lower mortgage payments through the government’s loan modification program will Â go a long way towards helping African Americans and others hold onto their homes.

Greg McBride, senior financial analyst at Bankrate.com, says reducing mortgage payments and lower insurance payments will prove helpful, Â but prospective home buyers may not feel comfortable buying homes until there is a noticeable reversal in the wage stagnation that has plagued the economy since the Great Recession.Â  “The missing ingredient is that people are not seeing more money in their paychecks,â€ said McBride.Â  “Wage growth has been elusive in this recovery. Â Things should improve in 2015 and when we see real improvement, people will be more apt to make a home purchase.â€

Regardless of the unique economic and social challenges blacks face that impede homeownership, Castro says they can look to HUD as the, “department ofÂ  opportunity,â€ and we can also look forward to new initiatives in the areas of financial counseling, financial education, and access to broadband in public housing.