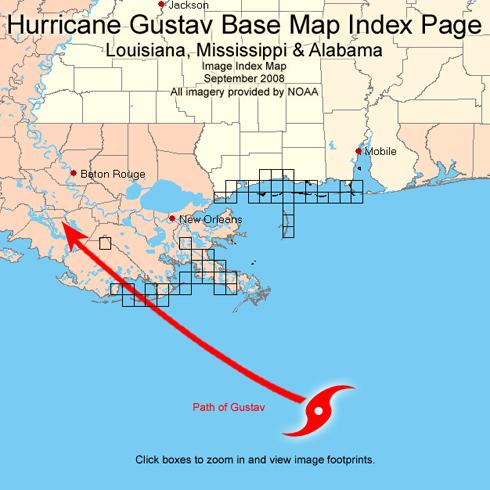 Images of the calamity of Hurricane Katrina replayed in the minds of the public as Hurricane Gustav made its way through the Gulf Coast over the weekend. Though the damage from the 110 mph winds was nowhere close to the aftermath of Katrina, residents were still forced to evacuate, fearing the worst.

Millions fled the Gulf Coast in fear of Gustav, which New Orleans, Louisiana Mayor Ray Nagin characterized as the “mother of all storms.” The storm, thankfully, didn’t live up to the hype.

Gustav was downgraded from a Category 4 hurricane to a tropical depression Monday.

Unlike in 2005, New Orleans’ levees held, and Gustav struck only a glancing blow, according to the Associated Press. But when trees fell on homes, power lines went down, and roads were washed out, there was no one around to get hurt.

An evacuated New Orleans is not expected to be safe enough to reopen until Thursday at the earliest. The potential of greater flooding still looms as the National Hurricane Center reports that some regions of the Gulf are expected to be sloshed with 20 inches of rain by Thursday. In addition, there is still concern for Hurricane Hanna, which is currently battering Haiti, and three more months remain in the Atlantic storm season.

There were at least eight deaths caused by Gustav. More than 1,600 people were killed when Hurricane Katrina struck in August 2005.

While there is no fighting Mother Nature, there are a number of resources available to help you and your business recover from a natural disaster.

In the Gulf region, the Red Cross is already on the scene providing shelter, food, counseling, and other assistance.

As government officials urge you to flea your home for safety, a limited income may make affording to travel difficult. But it’s not impossible. The Federal Emergency Management Administration has set up the Individual Housing Program, which provides funding for temporary housing. Elizabeth Childs, a spokesperson for Federal Emergency Management Administration, says it is important to contact your local government to find out what programs or funds are available to help with the costs of evacuating.

Residents of disaster-struck areas must register with FEMA by calling 1-800-621-FEMA (3362) or visiting the Website at www.fema.gov.

“We send someone out to assess the damage, and we determine what their needs are,” Childs says. “From there, FEMA will determine the types of loans and grants victims will be eligible for. The grants are capped at $28,000.”

Once it is declared safe to return to your home, FEMA’s Individual Housing Program provides funding for temporary housing.

If you need to rebuild your home, or fix your rental home, FEMA and the Small Business Administration (SBA) work in conjunction to provide low interest loans and grants to help defray the cost of rebuilding.

“[The SBA] makes disaster loans for up to $200,000 and then the homeowner can also borrow up to $40,000 to replace and repair personal property that was damaged during the