'I Couldn't Do This Without You': Newly Drafted MLB Player Thanks His Mom During Emotional Clip 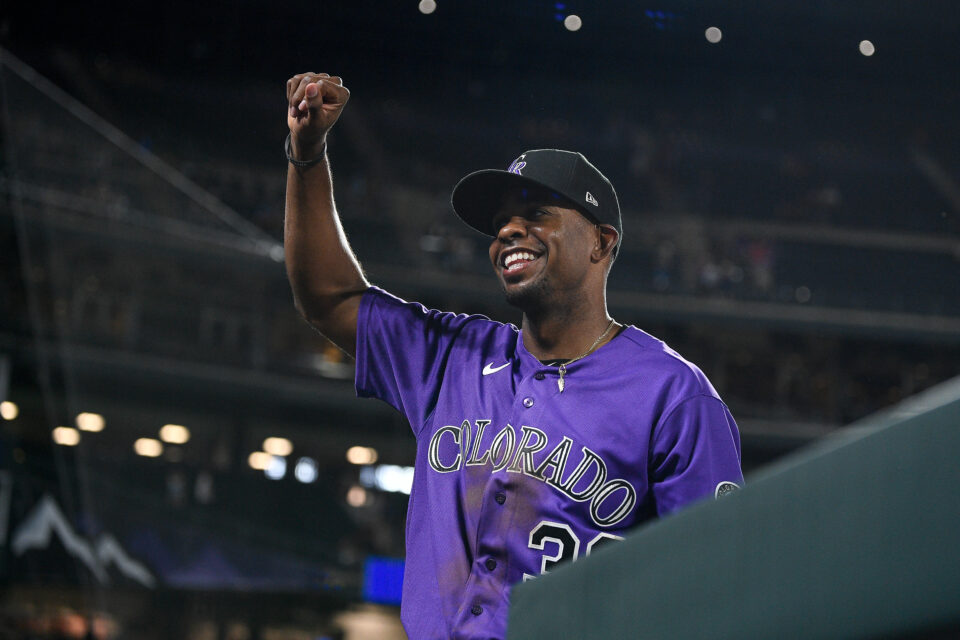 DENVER, CO - AUGUST 12: Wynton Bernard #36 of the Colorado Rockies waves to fans in the stands as he walks off the field after a win in his major league debut against the Arizona Diamondbacks at Coors Field on August 12, 2022 in Denver, Colorado. (Photo by Dustin Bradford/Getty Images)

After a triumphant decade in the minor leagues, San Diego native Wynton Bernard has finally made it to the “mountaintop,” according to his mother. The major leagues have just welcomed a star!

“You fulfilled your destiny,” Bernard’s emotional mother says to her son with pride.

In a clip shared by the Colorado Rockies, Bernard breaks the life-changing news to his mother. A wave of emotion comes over the pair after his mother fully grasps what he’s telling her. With expressions of gratitude and appreciation, Bernard embraces his mother’s joyous screams and proud words. He credits his mother, who is dedicated to taking care of his sick father, for inspiring him to keep working hard.

“I love you so much, Mom, thank you for everything,” Bernard says. “I couldn’t do this without you.”

The wait is over, @SaintBerny36…

and his call to his mom letting her know is everything pic.twitter.com/5Ay6EI76JF

On Friday, Bernard made his glowing debut in a major league game with the Colorado Rockies. The game came after he got called up to “The Show.” Starting in center field, he shined in the first game. He hit a single, stole a base and scored a run, per the clip shared via Twitter by the Rockies.

“It’s kind of been, ‘Am I dreaming still?’ There’s been a lot of times where I’ve dreamt this, and it didn’t come true. And today’s the day that it really did come true,” Bernard said, per The Denver Post.

From getting drafted by the Padres in the 35th round in 2012 and losing his father to a stroke years two years earlier, it has been a long journey for the 31-year-old Niagara University alum, according to the Colorado publication.

Bernard has played for 12 minor league teams in nine leagues, and has been a member of the Padres, Tigers, Giants, Cubs and Rockies, per the San Diego Union Tribune. . Thousands of professional games and plate appearances in the minors couldn’t keep the baseball veteran from reaching the big leagues.

Just before the Rockies called him, Bernard was playing baseball during the COVID-19 pandemic which shows just how much he devoted to fulfilling his lifelong dream. He was with Sugar Land Space Cowboys for two seasons and played overseas in Australia, Mexico, Venezuela and the Dominican Republic.

“Unreal, simply unbelievable the way everything has worked out,” Bernard said, according to the Tribune.