I Have A Dream Foundation Celebrates 35th Anniversary Gala 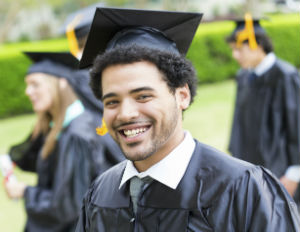 The I Have A Dream Foundation will celebrate its 35th anniversary on Thursday, June 9, with its annual Spirit of the Dream gala at the Pierre Hotel in New York City.

This year’s honorees are philanthropists and education advocates Lauran & Justin Tuck, founders of Tuck’s R.U.S.H. (Read, Understand, Succeed, and Hope) for Literacy; U.S. Diplomat and member of the original 1981 ‘I Have A Dream’ class, Juan Martinez Esq; and the CBS Corp. The gala will be hosted by Bill Whitaker of CBS’s 60 Minutes.Â

IHDF began when businessman Eugene M. Lang returned to the elementary school he had attended 50 years earlier, P.S. 121 in East Harlem, to address the graduating sixth grade class. He intended to tell the students, “Work hard and you’ll succeed.â€ But as Lang made his way to the podium, the school principal informed him that 75% of the school’s students would probably never even finish high school, inspiring Lang to make an impromptu change in his speech: He promised college tuition to every sixth grader who stayed in high school and graduated.

Of the 54 original students who stayed in the area, 90% graduated from high school–at a time when high school dropout rates in New York City schools were as high as 52%.

Lang’s promise went on to become IHDF, which has served more than 17,000 low-income students, or “Dreamers,â€ by providing a comprehensive program of social, emotional, and educational support starting in elementary school and continuing with the same cohort through college.

BE SmartÂ recently spoke with Donna A. Lawrence, president and CEO of IHDF.

“Only 9% of low-income kids graduate from college, whereas 77% of higher income kids do,â€ says Lawrence. “We used to work with Dreamers just through their first year of college, but now we stick with them until they graduate.â€

Lawrence says that IHDF is expanding its program support. “We’re developing a Dreamer to Dreamer program that engages Dreamer alumni to provide greater support to current Dreamers. We’re also looking to build strong partnerships with colleges and universities that are building in programming on campus for first-gen kids.â€

What sets IHDF apart? It doesn’t cherry-pick the kids it works with. Whoever is in the cohort is accepted into the program. “Some of our kids are in gifted programs and some have an IEP [individualized education plan typically in place for special needs students],â€ Lawrence says.

To learn more about IHDF, which operates in 16 states as well as New Zealand, go to its website.