Ice Cube to Democrats Courting Voters at the DNC: 'What’s in it For The Black Community?' 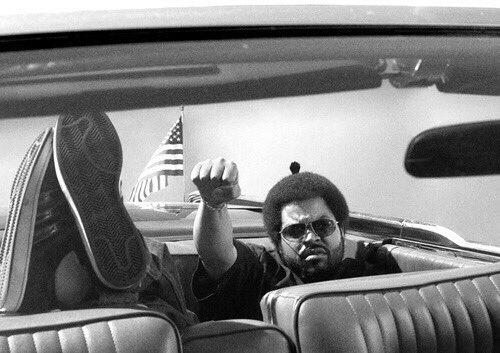 The West Coast rapper, who has been very vocal as of late regarding the Black vote, shared his thoughts about the elected officials and political leaders who participated in last week’s Democratic National Convention (DNC).

“So, over the last four days, the Democratic National Party held their convention,” Cube says in a video. “Lot of people, you know what I mean, getting up there and talking and, you know, everybody really, you know, eating it up, you know, throwing their hands in the air like they just don’t care damn near. So, it’s, it’s uh, what I didn’t hear is, what’s in it for us? What’s in it for the Black community? Besides the same old thing, we been getting from these, um, parties? What’s in it for us, for real?’”

You know, um, I didn’t hear anybody mention a ‘Contract with Black America,’ and I don’t know why because it’s one of the most comprehensive, um, reform, uh, documents that’s come about in a long time that could really address the problem. The way it look, they don’t have a plan. Everybody’s you know, talking about, Get Trump out, get Trump out, get Trump out. If you vote, that’s gonna happen on the first day. So, now what? Trump out, now what? What? What do we get in the first 100 days? That’s what we’re trying to figure out. What do we actually get that, we, they could give us overnight like that?”

The video in its entirety which includes graphic language:

But what’s in it for us? pic.twitter.com/GOvptKnoF1