If Pasi Sahlberg Were U.S. Secretary of Education 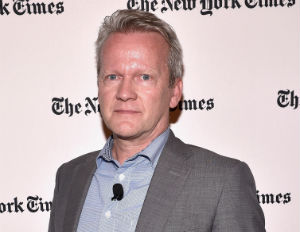 A native of Finland, Sahlberg is also the author of the best-selling book Finnish Lessons, about the country’s recent educational transformation. In 2000, Finland began outperforming its peers on the PISA (Programme for International Student Assessment), which is taken by students around the world.Â Sahlberg himself called the Finnish education system of the 1980s “undistinguished.” However, since 2000, researchers have been pouring into Finland to learn the country’s educational secrets.

Here’s what Sahlberg had to say:

The U.S. Secretary of Education cannot do very much to improve the educational system in AmericaÂ by himself.Â If you’re aware of the global discourse around education, you understand how the role of teachers, curriculum, and technology is not where you begin to change what’s wrong with education in the U.S.Â For example, I would begin with universal early childhood education and favorable family and maternal leave. In Finland, we have one year of fully paid leave plus universal healthcare.Â Education cannot be fixed outside of this context of support.

The U.S.–the Most Unequal Country in the World

The biggest problem in the U.S. is itsÂ inequality. It is the most unequal country in the world and one of the most polarized. If we had inequality like this in Finland, people would be in the streets breaking windows.
So you cannot fix education on its own; you must address inequality. The Canadians, Nordic, and Asian countries look at the context–not just at education.

The Weak Role of Women in U.S. Politics

A reason why the U.S. doesn’t have more family oriented policies is due to the weak role of women in American politics. Only 20% of Congress is female. Male-dominated legislatures have different priorities.Â The legislatures in Nordic countries are more gender-balanced, so we hear the concerns of women.

What We Need to Stop Doing