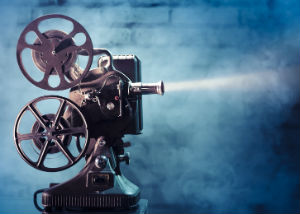 The Independent Filmmaker Project (IFP) just announced their expansion to support television, digital, web, VR and app-based series at its upcoming IFP Film Week, running from September 17 -Â September 22, 2016, in Brooklyn, NY, having moved to the borough after 37 years of hosting the film week in Manhattan.

The event will set up shop in DUMBO anchored around its headquarters, the Made in NY Media Center By IFP.

Series showrunners and creators will take part in the IFP Project Forum, the only International Co-Production Market in the U.S. featuring stories for all platforms.

In recent years, IFP and Filmmaker Magazine have played a vital role in launching the careers of many of today’s rising stars active in the television, new media and web series space, prompting the decision to expand to platforms outside of film.

In addition to expanding across multiple platforms, IFP is proud that over 50% of the participating projects in this year’s Film Week are inclusive of a range of races, genders, sexual orientations, ethnicities, and physical abilities in key creative positions, fostering future projects that break out of the norm. These diverse projects span across all areas of film week.

“IFP Film Week is delving into such exciting new territories this year,â€ says IFP Executive Director Joana Vicente. “In this changing technological landscape, it’s imperative to give voices to those who think outside the box and look to not only film and television, but also web, digital, and VR platforms to get their stories out there.Â  We’re also thrilled that these voices will belong to more and more women, people of color, and members of the LGBT community.â€

Forty-five projects have been selected. The slate includes narrative and non-fiction series (limited, mini and full-season series) in all formats, from VR and Snapchat-based series to comedy, drama and genre pilots. Over half of the selected projects have already shot their pilots independently; in addition, many feature veteran creatives from the film, television and web space presenting new series pitches.