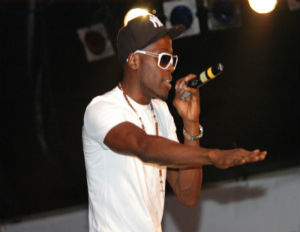 Ikechukwu Onunaku, CEO and President of WFA media, calls himself a modern-day renaissance man. The artist, musician, producer, actor and writer has returned to the United States after nearly ten years in Africa, on a mission.

To re-establish his legacy in the United States and regain his footing as a global icon.

Returning to the United States the summer of 2014 for his first extended visit since he went back to Nigeria to take the music industry by storm, the talented rapper, musician and actor knows he will forever be remembered in his homeland as an African Hip Hop pioneer.

Now he wants to bring his music, brand and style to the U.S audience.

So why hasn’t African Hip Hop caught on here? It’s been the rage in the U.K and nightclubs across Europe for years.

“Not to downplay artists from Nigeria who have attempted to cross over. I just believe they haven’t done it the right way or used the proper procedure. I’m at the stage now where I am trying to do the exact same thing. But the angles I’m trying to utilize are the PR firms or established publications. Bottom Line, I’m trying to get myself a good agent. An agent that gets me and what I bring to the table.”

Onunaku says there is the danger of being typecast here in the U.S by signing up with the wrong agent.

“Some just don’t know what to do with you because they are thinking of your market and not their market because you’ve given them that mental block – its a catch 22. I feel like with me it doesn’t have to be because I’m from both worlds and I have that X-Factor that a lot of these people are looking for.”