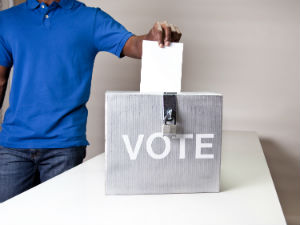 When legendary civil rights activist and Georgia Congressman John Lewis talks about the struggle to afford the right to vote to all Americans, he often recounts a time during Jim Crow when methods to disenfranchise blacks were random and arbitrary.

Those methods have been resigned to the waste bin of history, but until recently, the resurgence of efforts to deny African Americans and other historically marginalized groups the right to vote was very real. However, recent court decisions across the country are beginning to correct the record and restore actions that are designed to make it easier for all Americans to vote.

This new wave of systemic voter restrictions began immediately after the Supreme Court struck down sections of the 1965 Voting Rights Act in 2013. These previsions required that states submit any changes to their voting regulations to the Department of Justice for pre-approval within a certain period of time before an election. Justices used the election of President Barack Obama in 2008, and the most diverse electorate in our nation’s history, to justify the ruling, noting that it was unfair to continue penalizing states for an issue that had evidently passed on.

While this election will be the first national contest held with the VRA in shambles, recent court rulings rolling back these restrictive state laws will renew efforts to make it easier to vote. This is critically important in several key states where minority votes will make a big difference.

Key states with high minority voting populations include Colorado, Michigan, North Carolina, Pennsylvania, Ohio, and Florida. While Donald Trump and the GOP are hoping to redraw the electoral map and take a few recently consistent Democratic states including Michigan and Pennsylvania, minority votes, and particularly black voters, may provide a firewall for Hillary Clinton.

In fact, recent polls have been so favorable toward Clinton that she has stopped advertising in Pennsylvania for now. Even the state of Georgia is in play this fall thanks in part to a large black voting population in Atlanta and its suburbs.

African Americans voted in record numbers in 2008 and 2012, particularly with African American women who voted in higher percentages than any other voting bloc in 2012. With Clinton’s historic nomination, we should expect the group to show up and show out again in 2016 and bring along their male counterparts.

Once again, black votes will matter continuing a trend that will impact our presidential elections for years to come.