In Hedge Fund Manager's Last Hours of Freedom, An Attempt at One Last Victim 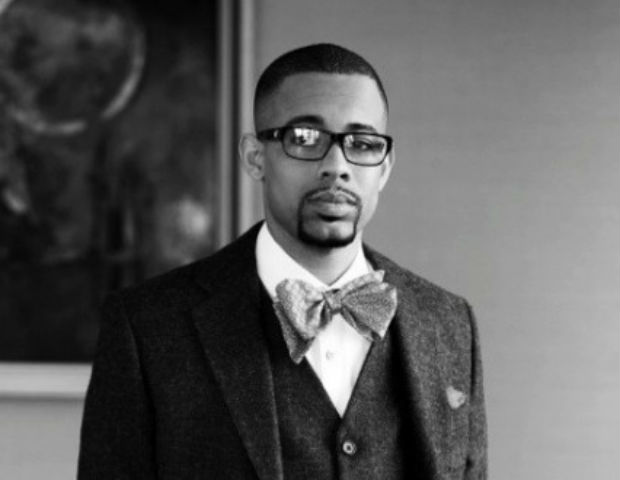 It looked to Shaheed Bailey like a ketchup stain.

Two months prior, he reached out to Fredrick D. Scott via LinkedIn and Twitter on behalf of his startup, McChesney Street Capital, LLC, an Orange, N.J.-tech-based lending company which offers an alternative to small businesses and entrepreneurs that have a hard time getting traditional bank lending. They were in need of capital, and Mr. Scott — who in media, his website and LinkedIn pages presented himself as a millionaire investor — appeared to be their ace in the hole; after exchanging dozens of emails, texts and phone calls, Mr. Scott and Mr. Bailey agreed to meet.

But as the pair zigzagged through the streets of Orange, South Orange and Irvington N.J., on Monday, June 3 — during which Mr. Scott sought to convince Mr. Bailey’s fiancee, Stacey, to invest all of their savings with him — Mr. Bailey’s skepticism found an emotional core in the most unlikely of places: a grimy stain.

Indeed, by Tuesday, Scott was arrested on charges he used his investment firm to scam investors, using the funds to pay for expensive dinners, clothing and technology, according to the New York Daily News.

“It was right there on the right sleeve,” said Mr. Bailey of the stain in a wide-ranging interview with BlackEnterprise.com in which he spoke in detail about his time with Mr. Scott. “I thought, ‘If he is who he says he is there’s no way he’s going to have a stain on his shirt. He’s a normal guy and everything, but this is a deep-into-the-fabric type stain, and something’s just not right here’.â€

Mr. Bailey’s account of their interaction over the course of five days before Mr. Scott’s arrest offers a glimpse into the sinister world of affinity fraud of which Mr. Scott is accused, and also of a man who, perhaps with knowledge of the doors swiftly closing in on him, was willing to do anything, including prey on an anxiously optimistic startup founder, to get $20,000 to use as he pleased.

It was apparently all in a fantastical effort to secure $20,000 he claimed would get the ball rolling for his company to begin raising over $3 million in capital for Mr. Bailey’s business.

Mr. Scott quickly responded to Mr. Bailey’s interest in his success and story. Mr. Bailey says he and his partner, Thomas Alexis, formed their business in March 2011. They worked together at Wachovia Bank in Warren, N.J; Alexis was the branch manager and the pair envisioned a lending company would do small business loans based on technology that “leverages data, risk analysis, and analyzes cash flow.” Mr. Scott reciprocated the interest, telling Mr. Bailey he was impressed with his business idea.

But communication between Mr. Scott and Mr. Bailey in texts and emails made available to BlackEnterprise.com, show outsize interest in a small investment firm startup on the part of an alleged hedge fund manager who, for his part, claimed to manage $3.7 billion in assets. Mr. Bailey repeatedly told Mr. Scott efforts to secure funding were unfruitful. To make it easier on Mr. Bailey, Mr. Scott, insisting he was all about helping his community, demurred. He offered to allow him to give him $9,000 immediately, then $11,000 thirty days later.

When Mr. Bailey told Mr. Scott his fiancee wasn’t okay with the idea of them spending the last of their savings, Mr. Scott, 29, forced the issue.

“I completely understand her concern, it is validated,â€ Mr. Scott wrote in an email. “I’m married with three children and when along the path to get where I am today there was a lot of struggle, sacrifice and hard times. BUT, if it was easy than [sic] everyone would do it, running a business and growing a business that is sustainable, viable and profitable is a costly, painful, time consuming endeavor (it’s not for the faint at heart).â€

By May 31, Mr. Scott drafted up a contract (provided by Mr. Bailey to BlackEnterprise.com) stating that Mr. Bailey’s company would pay $9,000 immediately, and then another $11,000 30 days later. At some point during the back and forth, that number went down to just $5,000.

Mr. Scott grew more and more incredulous in the days before he and Mr. Bailey met in person. Before long, his language seemed to border on the psychopathic: He warned Mr. Bailey that he was wasting his time, saying he was “a bit insulted that you would think [sic] that I would do all the work up front to get you into a position to attract investment capital for free … my time is valuable, as well as my knowledge, experience and access. I am already charging you not near [what I’m worth] in order to get you investor ready. If you’re [sic] not willing to put your all into your own idea than [sic] it’s a waste of my time either way. I struggled and gave my all several times before someone seeded me.â€

Mr. Bailey assured him he wasn’t trying to waste his time. “You’ve got a lot to learn there guy. I was willing to get you there, and for near nothing at that. You are a prime example of what is wrong with the African American small business community, you all want something for nothing (or a back end hookup); you expect people to put years of relationships, access [their] time and work into you guys for nothing…. and you listen to people who don’t have the access to get you where you want to go.â€