In the News: 'In Living Color' to Return to Fox and Herman Cain Dispels Sexual Harassment Allegations 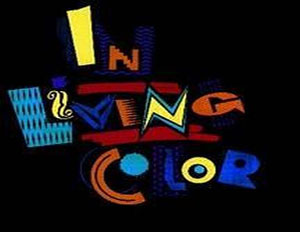 ‘In Living Color’ to Return to Fox

In honor of Fox’s 25th anniversary, the network is bringing back the classic 1990’s sketch-comedy In Living Color with the series’ creator and luminary Keenen Ivory Wayans.

The multi-talented comedian will serve as host and executive producer for the two upcoming half-hour specials slated to air during Fox TV’s midseason. If it’s successful, the reboot could return as a regular series the following season. Â The groundbreaking show, which introduced audiences to big-name stars like Jennifer Lopez, Jamie Foxx and Jim Carrey, sparked discussions surrounding current issues from racial tension to homophobia.

Republican presidential candidate Herman Cain denies the recent sexual harassment allegations, claiming Monday he was falsely accused in the 1990s while he was head of the National Restaurant Association. Cain’s remarks come in response to a Politico article stating: Â “at least two female employees complained to colleagues and senior association officials about inappropriate behavior by Cain, ultimately leaving their jobs at the trade group.â€

The women–whose identities have been confirmed by the news agency, but names are not being released for privacy concerns–signed agreements with the restaurant group and received financial payouts, according to several sources.

The former Godfather Pizza CEO notes that the allegations are coming to light as part of a “witch hunt.â€ “There’s nothing else there to dig up. … We have no idea the source of this witch hunt, which is really what it is,” said Cain, during a Fox News interview.

Read more at the Associated Press…