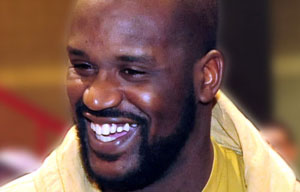 After four championship rings, 28,596 career points and nearly two decades on the court, Shaquille O’Neal is calling it quits. The 39-year-old Boston Celtics center made the announcement yesterday to fans via the social media tool Tout, a real-time video messaging service.

The 7-foot-1, 355 pound O’Neal–The Big Aristotle, Shaq Fu, Superman (or whichever nickname you choose to refer to him as)–let his fans know first. He announced: “We did it. Nineteen years baby. I want to thank you very much, that’s why I’m telling you first, I’m about to retire. Love you, talk to you soon.â€

Actress Clarice Taylor, most popular for playing the Emmy nominated role of Ann Huxtable, Bill Cosby’s mother on The Cosby Show, died Monday. The 93-year-old succumbed to congestive heart failure in her home in Englewood, NJ.

Her TV features include Ironside, Sanford and Son, and Due South, in addition to a recurring role as grandmother to David on Sesame Street. She’s appeared in films such as Play Misty for Me, Sommersby and Smoke.

As one of the original members of the Negro Ensemble Company, Taylor is no stranger to the stage. She’s played Addaperle, the Good Witch of the North in the 1975 musical The Wiz, as well as starred in a one-woman show about comedienne Jackie Mabley.

She leaves behind two sons and five grandchildren.

At the age of 74, Ernestine Shepherd was named the oldest competitive bodybuilder in the world by the 2010 and 2011 Guinness World Records.

See a clip of Shepherd on ABC’s Good Morning America:

Cadbury’s latest advertising campaign has the chocolate manufacturer in hot water. The ad, which pokes fun at British supermodel Naomi Campbell‘s “divaâ€ like demeanor, may lead to a possible lawsuit.

The ad for the new chocolate bar, Bliss, reads, “Move over Naomi, there’s a new diva in town,â€ has been pulled indefinitely. Campbell is angry, claiming the UK chocolate manufacturer used her name without her permission.

“I am shocked,â€ said Campbell to The Independent. “It’s upsetting to be described as chocolate, not just for me, but for all black women and black people. I do not find any humour in this. It is insulting and hurtful.”