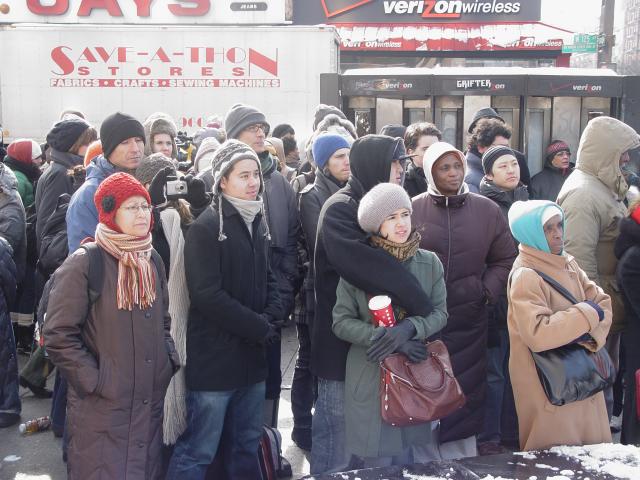 People from every race descended on Harlem’s Adam Clayton Powell Jr. Plaza to witness the swearing in of the 44th President of the United States, Barack Hussein Obama. 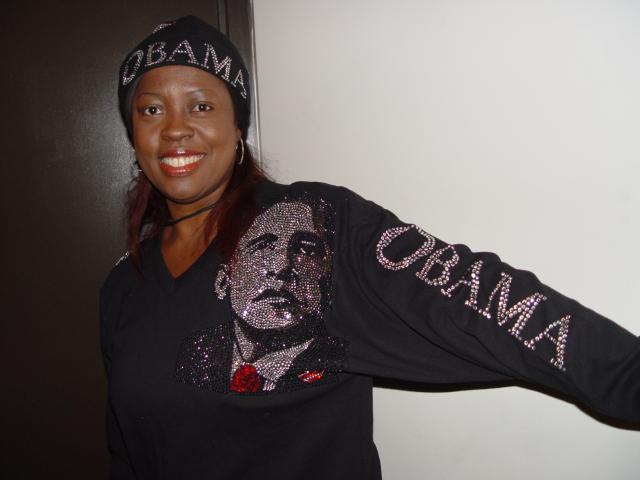 “Tee” Mumford, host and producer of Fashion Up!, a New York cable show that examines fashion and entertainment, said she came to the Schomburg Center for Research in Black Culture to witness “firsthand the spirit of our people.”Â  She says the best thing about President Obama is his finesse. “He is so cool, calm and collected,” she says. 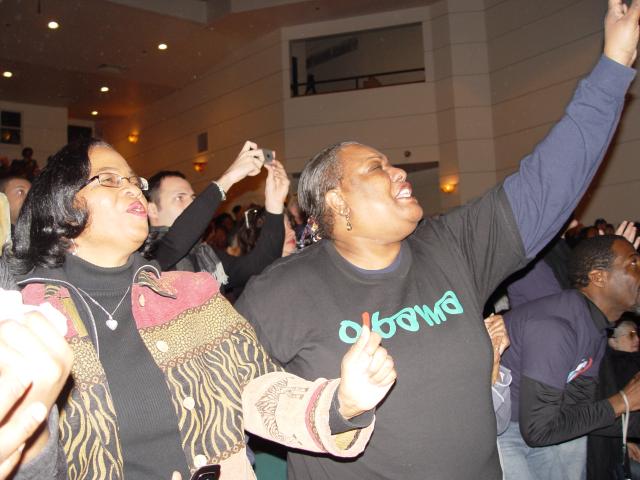 Also at the Schomburg, Rhonda Smith and Marsha McCormick Burke of the Bronx celebrated at exactly 12:00 p.m. when Obama officially became president of the United States of America. 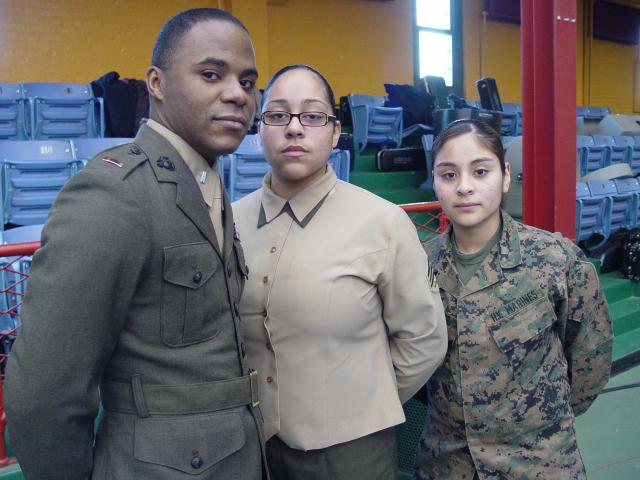 Lt. Desmond Edmond, 25, with Sgt. Sheila Rosario, 16, and Prt. Marilyn Rodriguez are a part of the Harlem Youth Marine Corp Color Guard, an after-school program that helps teens learn discipline. The group was responsible for carrying the American flag at the Democracy Prep Charter School Inauguration celebration in Harlem. 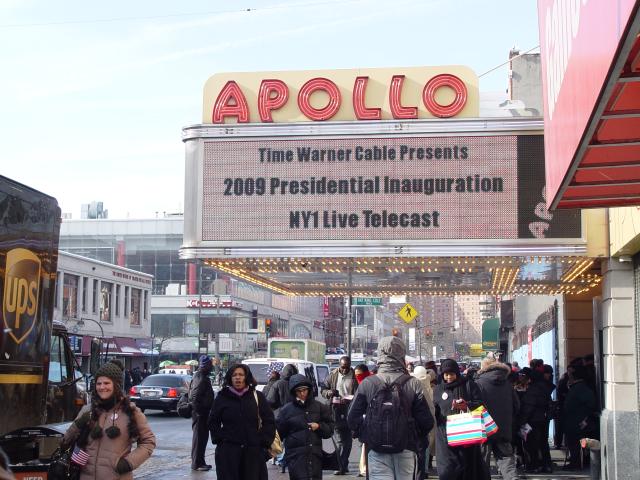 Time Warner Cable sponsored a screening of the inaugural events at the Apollo Theater. 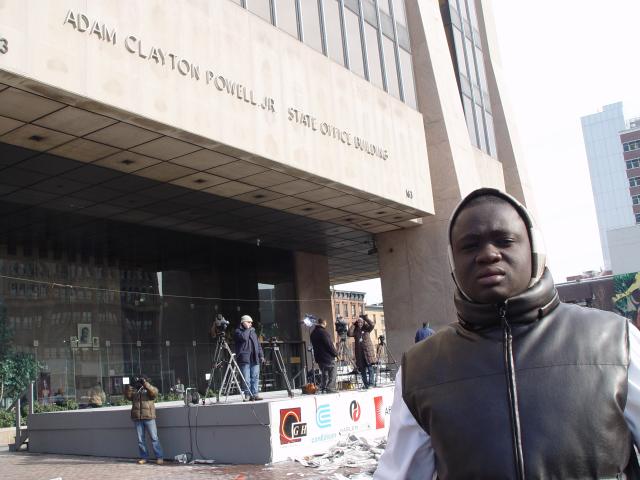 Aboubacar Toure decided to stick around and check the scene in the Adam Clayton Powell Jr. Mall on 125th Street after everyone left. 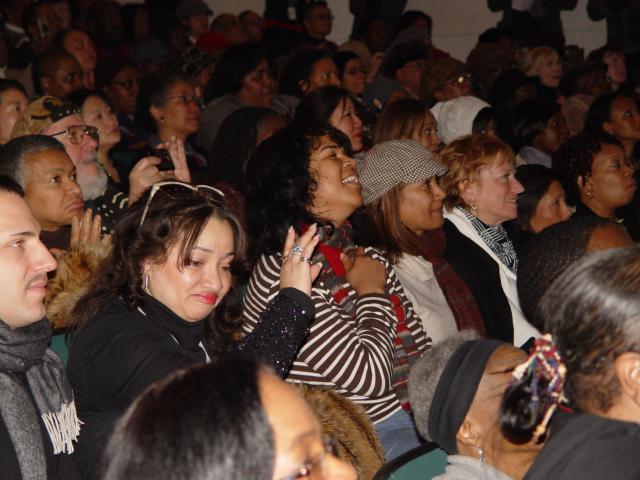 At the Schomburg Center, people from all walks of life gathered to see history in the making. 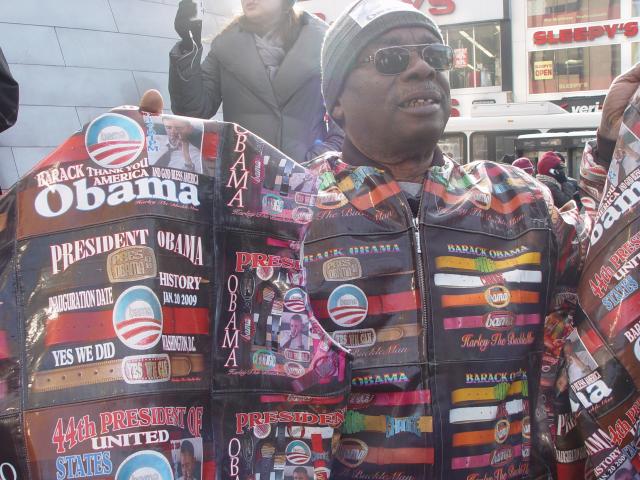 Earl Harley, also called “Harley the Buckle Man,” advertised his wares on 125th Street amidst residents who gathered to watch Obama give his inaugural address. 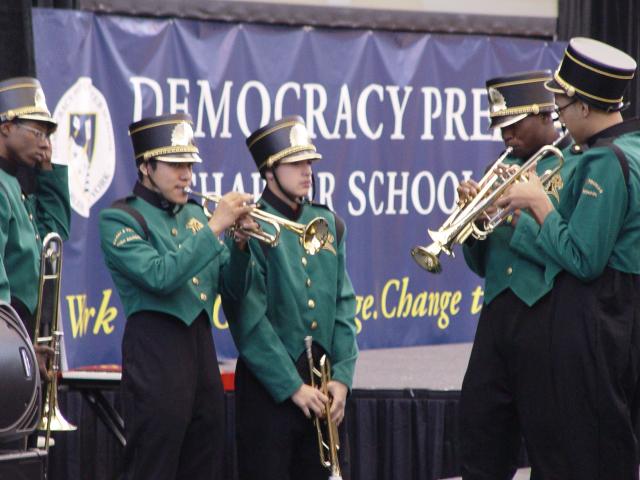