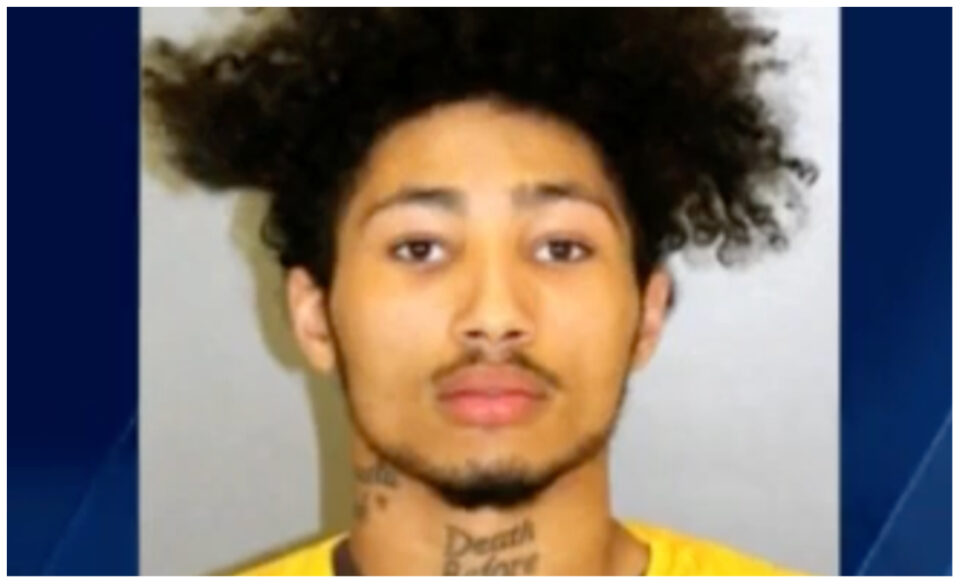 An inmate escaped from an Arkansas jail on Sunday, according to NBC affiliate KARK. The inmate, 20-year-old Wuanya Smith, reportedly escaped from the Saline County Detention Center at 735 Neeley Street in Benton at around 10:30 a.m.

Smith allegedly escaped from the detention center by climbing a razor wire fence that surrounded the facility before disappearing while shirtless. Authorities said that he was wearing white and black detention-issued striped pants with white Adidas tennis shoes. Smith reportedly has cuts on his body from the razor wire fence. He also has a tattoo on the front of his neck with the words, “Death Before Dishonor.”

Several agencies are looking for Smith including the Arkansas State Police, the Saline County Sheriff’s Office, the Benton Police Department, the Arkansas Department of Corrections and the Bryant Police. Smith was arrested in Arkansas on Aug. 15 in connection with a homicide that occurred in Omaha, Neb.

Smith is wanted for allegedly shooting and killing 22-year-old Anthony Collins III near North 49th and Charles Street on Aug. 12 around midnight. Smith was caught in Benton by the United States Marshals Service Eastern Arkansas – Little Rock Task Force after being tipped off by Crime Stoppers. The United States Marshals Service had offered a $5,000 reward for information leading to Smith’s whereabouts but later changed the reward to $10,000.

“UPDATE: The United States Marshals Service has offered an additional $5,000 for an anonymous tip leading to the arrest of Mr. Smith. The reward is now up to $10,000.”

UPDATE: The United States Marshals Service has offered an additional $5,000 for an anonymous tip leading to the arrest of Mr. Smith. The reward is now up to $10,000.

He was wanted in Nebraska on charges of second-degree murder, possession of a firearm by a prohibited person related to the shooting death and use of a weapon to commit a felony.

Smith was seen heading North after escaping from the detention center. Authorities said not to approach Smith if seen and to dial 911 instead. Smith is reportedly 5’8’’ and weighs 145 pounds.