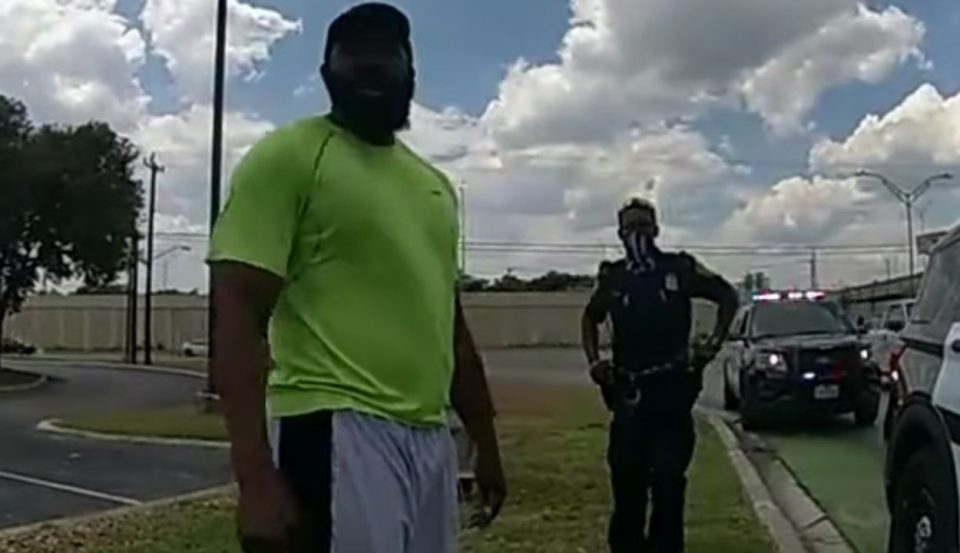 A Black man who was out jogging in San Antonio early last week was wrongfully arrested by police officers, who said he “fit the description” of a man they were looking for although the person who called the police had told them he was not the man, according to Texas Public Radio.

On Aug. 25, Mathias Ometu had been stopped by police officers as he was told he “fit the description” of a suspect who was accused of committing family violence, even though the victim’s description differed from Ometu’s.

According to the San Antonio Police Department, Ometu was not the man they had been searching for. The victim came to the scene of the arrest and advised the police officers that this was not the individual that assaulted her. Yet, Ometu was still wrongfully arrested and taken to jail. He was then charged with two felony counts of assault on a police officer.

At a press conference Wednesday morning, after being held in prison for two days and having charges dropped, Ometu described how the incident went down.

“The officer actually sped off, leading me to think that I was clear to continue my run,” he said. “However, the officer made a U-turn at the intersection and approached me, and immediately began asking for my name.”

“Not wanting to be bothered, as I am in the middle of a run and feeling targeted, I refused to give the officer any personal information as I have not committed a crime and relayed this to the officer.

“The officer attempted to intimidate me, relaying that I have to provide this information to him. I do not know much about the laws and regulations of this state, but I did know that I do not have to provide my name if I am not arrested for a crime.”

The police officer claimed that he fit the description of a suspect and asked again for his name.

“When I refused to provide it, I was placed in handcuffs aggressively to the point that I’m still feeling that pain in my wrists. The officers advised me that I was being detained for a crime that I knew nothing about,” he said. “I allowed the officers to handcuff me with no resistance.”

The San Antonio Police Department released a statement regarding the incident.

“We’re aware of several videos of this incident that have been posted online. Based on the preliminary information the individual arrested was contacted after officers were called to investigate a family violence incident. The suspect fled before police arrived, but the victim provided officers with the suspect’s information and officers also obtained information that the suspect was also wanted for a felony robbery warrant. The individual contacted was in close proximity to the call and he matched the physical and clothing description provided by the victim. That was the only reason he was stopped and questioned as the officers legitimately believed he was the wanted suspect. This incident will be reviewed administratively to ensure all policies were followed.”