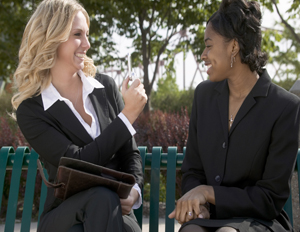 In the world of technology, in order to stay relevant and profitable, your brand has to adapt. Today, social media giant Facebook unveiled a highly anticipated video feature on Instagram, a strategic move to satisfy audiences who are seeking innovative mobile technology. It’s a much needed defense tactic against rivals such as Twitter’s mobile application Vine, which has amassed a large following for its six-second videos, and Snapchat which enables videos and photographs to “self-destruct.â€

Mark Zuckerberg, chief executive at Facebook, believes that mobile is the best way for his company to remain profitable. In Facebook’s 2012 annual report, the company stated: “We believe that mobile usage of Facebook is critical to user growth and engagement over the long term, and accordingly are prioritizing mobile product development.â€ The Menlo Park, California-based company has tripled the Instagram workforce since the photo-sharing platform was acquired last year, and during the launch event Zuckerberg hinted, “We’re really just getting started with this product.â€

The recent announcement is evidence that Instagram’s video application trumps Vine’s current offerings, allowing users to record and share 15-second videos with the option of selecting custom covers and one of 13 signature filters, as well as boasts image stabilization. But unlike Vine videos, Instagram videos do not continuously loop.

Brands have learned that uploading videos online is a powerful way to deliver advertising. Consumers watch videos for two reasons: First entertainment, and secondly information.Â  With projections that streaming video will harness more than 70% of online traffic in the next few years, it’s clear that video consumption won’t dwindle.

If you’re looking to try your hand at creating an online video, here why Instagram video trumps Vine:

The selling point of Instagram is its ease of use. The app takes seconds to learn and is so simple to use.

It’s reach and integration is unrivaled

Instragram let’s users share video on Facebook and Twitter, as well as embed videos on a blog or website. These capabilities offer brands the opportunity to extend their reach to a larger audience and integrate marketing efforts over several platforms. This far outweighs Vine’s appeal since Instagram currently has over 100 million users. The product update is likely to send the user count up.

While Vine only gave users six seconds of video, Instagram video boasts 15 seconds of recording right out the gate–and the videos don’t loop. In addition, Vine was only available for iPhone users until earlier this month while Instagram launched its video option immediately on both platforms. Trust, socially savvy customers won’t forget those details.

If you have yet to secure your brand identity on Instagram, now is the time to do so. Craft a strategic plan for utilizing the technology and start shooting.

S. Lynn Cooper started her very first company at 16 years old. More than 15 years later, she is the founder of two non-profit organizations and five distinct corporate entities. After studying at Howard University, she served the U.S. Departments of Defense, State, and Homeland Security, and was named special assistant to a US Ambassador. However, when it comes to Cooper, what is past is merely prologue. As founder and director of Socially Ahead, a strategic communications agency specializing in the training, coaching and creation of social/digital strategies, Cooper has dedicated herself to helping individuals and businesses navigate social media platforms to build better connections online.