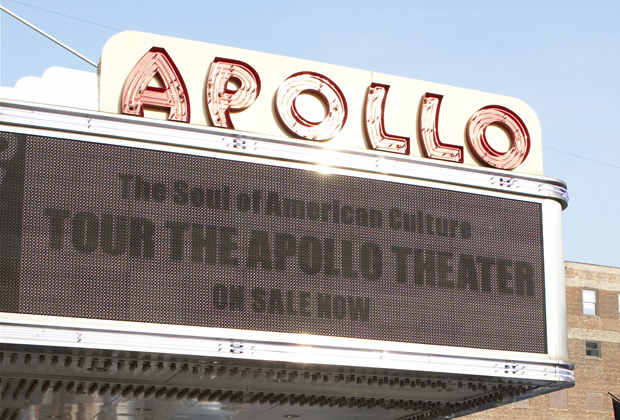 A musical adaptation of best-selling author E. Lynn Harris’ 1994 novel “Invisible Life,â€ a coming of age story about man who discovers he is bisexual, is being reborn as a new musical featuring a score by Motown legends Nickolas Ashford and Valerie Simpson. The musical adaptation, which has been in development for several years, is an Actors Equity approved showcase currently appearing at Harlem’s Apollo Theater, June 25-30.

The musical, and its source material, which tackles issues of race, religion, gay identity and AIDS, centers on “Raymond, a college football player who dreams of becoming a married family man but is seduced into a “Down-Lowâ€ romance by the star Quarterback, Basil Hernderson.

Proteus Spann and Javon Johnson, who collaborated on the musical’s book, are directing the showcase. Â Spann, who owns the intellectual property rights to Harris’ catalog of books, has been trying to produce a movie version of “Invisible Lifeâ€ for years. He sat down with BlackEnterprise.com to talk the shift to the stage and why this story is so integral to the lives of black women.

BE: How did you come to acquire the rights to Invisible Life?

Spann: At first I was a fan because I read his book Invisible Life. It answered a lot of questions that I had about sexuality and religion. Then one of my best friends had the chance of meeting E. Lynn and I begged him to introduce me. He finally did after two years. (E. Lynn) and I hit it off as friends. Â I had gone back to school for acting and moved to Los Angeles. I was doing casting but I really wanted to be an actor. Lynn lived in LA. MTV had an option on “Invisible Life.â€ The day I got there Lynn and I were having dinner and the option expired. So, Lynn said you know Proteus you should be producing my movie. Lynn said I will give you the option for free for six months. Two weeks later Lynn called me to say that [Empire’s] Lee Daniels wanted the rights to Invisible Life. So, you can’t have it. Friendship is friendship but business is business. And Hale Berry had just won an Oscar for Monsters Ball which Lee directed. But I knew I still wanted it. I came in with the highest bid and that’s how I got the first option. I quadrupled (Lee Daniels) bid; (actually) it was five times his.

Why is it necessary for you to tell this story?

It resonated with me. I knew the characters. I was experiencing a lot that the leader character Raymond was going through with his parents, family, friends, and the church. Was like part of the story was my story, so, I was very passionate about it. Also, I felt that I really didn’t have a choice. I believed GOD put me here and I was on earth to bring this project to life. Â I am also an advocate of HIV AIDS awareness, especially among black women. This story tells the story of how a black woman deals with HIV. It is a message that needs to be told. It is an issue that we are still dealing with. We have the schools. We have the black church. We need black theater. Theater has the opportunity to advocate, to heal, and to make changes.

Lee Daniels is someone whom you wanted to work with?

Yes. I started looking for named producers. But that didn’t [pan] out either. A lot of the producers I went to would only do the project if they owned half of the rights. To me it was like a divorce “I want half.â€ But they weren’t willing to put up money (just) there name (attached) to the project. They were telling me ‘we want half’ of not only this book but all the books (I owned the rights to). One of the things I did when the option for Invisible Life was up after a year, I started buying the intellectual property rights for the trilogy (Invisible Life, Just As I Am, and Abide With Me) instead of optioning the books. So, I paid Lynn a big amount of money for the intellectual property rights to his books, meaning I own all of the rights other than publishing. No one does that anymore. But that’s how old Hollywood did it. Publishers only own the publishing rights and not intellectual property rights. After about five to six years I brought the rights to Lynn’s entire catalog while he was still alive.