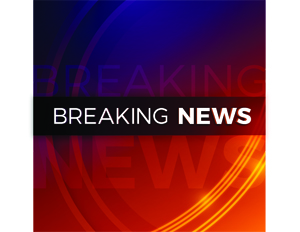 In a move that solidifies iONE Digital as one of the largest players in the African American media space, the company has acquired the websites Madame Noire, Bossip.com, and Hip Hop Wired. The sites are now 100% owned by iONE Digital and acquired as part of a push to build a portfolio of brands that are rooted in black culture with strong millennial audiences, according to a recent press release about the acquisition.

Detavio Samuels, president of iONE Digital, a division of UrbanÂ One Inc. (a Maryland-based BE 100s company formerly known as Radio One and rankingÂ No. 9 on 2016’sÂ Industrial Services Companies list with $451 million in revenues) said that his choice behind thisÂ decision was rooted iONE Digital’s overall strategy to build a portfolio of “meaningful brands.â€

“The brands we are acquiring have great recognition amongst consumers, clients, and agency partners,â€ he said in the press release. “In today’s ever-changing media landscape, it is imperative that we build a portfolio of brands with distinct voices and engaged audiences across multiple distribution channels. These three brands fit that strategic filter and we look forward to working with the existing teams to catapult these brands to the next level.â€

Samuels, named one of BLACK ENTERPRISE’s Top Executives in Marketing and Advertising in 2011, also noted that the acquisition offers the brands a larger audience while offering advertisers all of the top digital-first brands in the black culture space under one roof.

“There is simply no competition,â€ he stated.

Prior to the acquisition, the three brands combined to make Moguldom Media Group the third-largest black digital content provider, behind iONE Digital and BET, respectively, cited the release.

The newly acquired brands will now be packaged under the moniker, “BHM Digital.â€ It will stand alongside existing iONE Digital brand properties, HelloBeautiful, NewsOne, GlobalGrind, and the company’s new site and master brand, CASSIUS, a self-proclaimed urban millennial lifestyle platform that touts that black culture is pop culture and is on a mission “to confront the appropriation game.â€

The combined BHM Digital brands boast an audience of 6 million monthly unique visitors with little overlap with iONE Digital’s current audience. BHM Digital will operate as a separate division within the company with dedicated editorial, marketing, and sales teams. There are plans to fully integrate and maximize synergies among the brands for better solutions for clients, stated the release.

iONE Digital has transformed itself within the digital media space in the past six months. Under Samuels’ leadership, himself a millennial, he has led the company to see its highest traffic and direct sales year since its launch by Radio One in 2008.

He stressed iONE Digital’s expandingÂ influence and impact in the digital media realm.

“Whether brands are looking to grow their share of the 1.3 trillion dollars blacks spend every year or grow their total market dollars by tapping into the power and influence of black culture, iONE Digital is the dominant player in the digital space,â€ he noted.