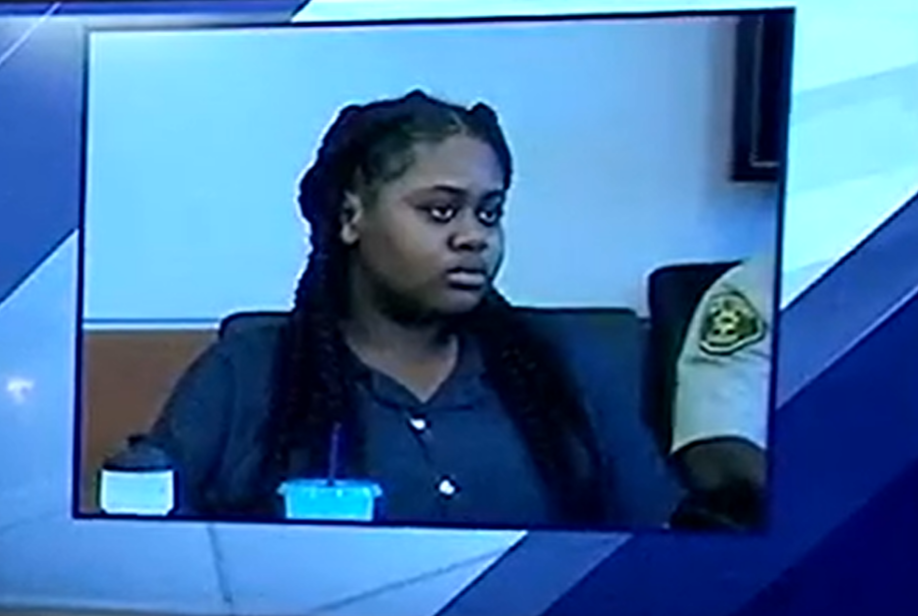 An Iowa teen who stabbed her attacker to death has been sentenced to five years of supervised probation and ordered to pay $150,000 restitution to the man’s family.

Pieper Lewis, 17, was sentenced Tuesday on charges of involuntary manslaughter and willful injury in the June 2020 killing of 37-year-old Zachary Brooks, the Associated Press reported. Lewis was facing 20 years after pleading guilty to each charge that is punishable by up to 10 years in jail.

She was just 15 when she stabbed Brooks over 30 times inside a Des Moines apartment. Lewis was a runaway escaping abuse from her adopted mother and sleeping in the hallways of an apartment building.

A 28-year-old man took her in before forcing her into sex trafficking. Lewis said the man held her at knifepoint and ordered her to have sex with multiple men. Brooks was one of those men. After sexually assaulting her multiple times in the weeks before his death. Lewis said she grabbed the knife in a fit of rage and stabbed him to death after he raped her again.

Prosecutors argue Brooks was asleep at the time of the attack and didn’t pose a threat. Lewis read a statement ahead of her sentencing questioning  “why I was treated like fragile glass?”

“My spirit has been burned, but still glows through the flames,” Lewis said. “Hear me roar, see me glow, and watch me grow.”

Prosecutors reportedly took issue with Lewis labeling herself a victim and said she took no responsibility for killing Brooks and “leaving his kids without a father.”

Polk County District Judge David Porter deferred the 20-year prison sentence Lewis was facing, but she could serve the full sentence if she violates her probation, Fox News reported.

As for the $150,000 restitution, Porter said “this court is presented with no other option,” since restitution is mandatory under an Iowa law that has been upheld by the Iowa Supreme Court.