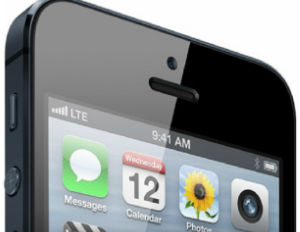 The iPhone met its match this past summer when the Samsung Galaxy SIII was introduced to the U.S. in June. While the multibillion-dollar tech company readily went to battle with the competition in an infringement and patent lawsuit and won, it doesn’t seem to be doing as well as many would like to believe.

According to the Huffington Post, “Apple shares fell in premarket trading Monday after The Wall Street Journal reported that the company has cut its orders for iPhone 5 components due to weaker than expected demand.â€

On December 3, 2012, the LA Post reported that the Galaxy SII outsold the iPhone for seven straight months–domestically and internationally. Today, HuffPost claimed that the new reports said, “Apple notified the suppliers of the order cut last month,â€ and “the move is a sign that sales of the new iPhone haven’t been as strong as previously expected and demand may be waning.â€

For a numerical breakdown, more than 500 Android phones were purchased and activated over the past four years compared to the iPhone, who only sold 271 million units as of last September. Looks like it could be a sad moment in history for iPhone fanatics.