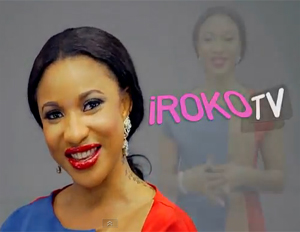 Innov8tiv.com reports that CEO of iROKO Partners, one of Africa’s top-funded startups and the machine behind iROKOtv, a leading platform for African films globally, will be moving its base of operations from London to Kigali, Rwanda. Nairobi, Kenya was previously slated as their headquarter for iROKOtv East Africa, but a change was made, as Jason Njoku views East Africa as a locale that presents awesome possibilities for the subscription-only service in its efforts to make Internet TV available in Africa. This includes the attractive aspect of the growth in mobile money payment services across the region and the affordability of Web, Innov8tiv.com indicates.

The largest problem for an Internet TV platform is the access to data. In Tanzania at least, that isn’t a problem. The same in Rwanda. In Kenya, the prices are more realistic. Yet for Airtel Kenya for $13 you get 1750Mb whereas with Safaricom $11.3 gives you 1.5Gb. Still both for the same price gives you x3 the data one would expect in Nigeria.â€

With offices in London, Lagos and New York, iROKOÂ Partners has five Web brands including online film distributor iROKOtv and the music streaming platform iROKING. After accumulating 152 million views in 2011–and set to hit 250 million this year— iROKOÂ is Africa’s largest content provider on the YouTube and Dailymotion platforms. Add to that success the multimillion-dollar investments the company has received between 2011 and today, some led by U.S.-based hedge fund Tiger Global, the company continues to thrive. N

Njoku is also the co-founder of SPARK, a Lagos, Nigeria-based company that supports and develops aspiring tech and Internet entrepreneurs in Africa.