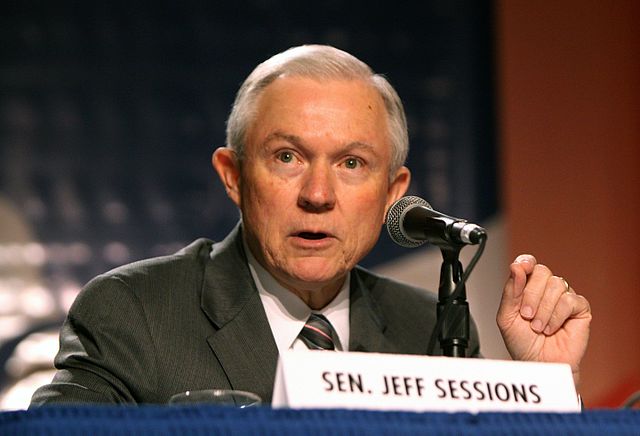 Donald Trump made a strong push for ultraconservative leadership at the Justice Department with his nomination for Attorney General Jeff Sessions. Never in recent memory has a nominee for U.S. Attorney General faced such united and widespread opposition as the former Alabama senator.

According to a post from theÂ National Urban League President Marc Morial, “Trump set the stage for an unprecedented rollback of racial justice, immigration policy, LGBTQ rights, and gender equality, among other hard-fought for gains in the American struggle towards equality for all its citizens.” Sessions opposed gay marriage and the inclusion of sexual orientation as a federal hate crime.

“Nothing in Sen. Sessions’ public life since 1986 has convinced us that he is a different man than the 39-year-old attorney who was deemed too racially insensitive to be a federal district court judge,” Morial said in a statement ON NUL’s website prior to the confirmation, reiterating a statement from a letter by a group of more than 1,100 law school professors protesting Session’s nomination.

Echoing the sentiment that Sessions is unfit to serve as theÂ chief enforcer of civil rights laws is Wade Henderson, president and CEO of The Leadership Conference on Civil and Human Rights. “The Senate has made a grave mistake in confirming Jeff Sessions to be attorney general,â€ he said in aÂ statement in response to the Senate confirmation of Sessions.

Justice for the President, Not the People

News reports attempting to paint Sessions as a civil rights advocate point to incidents where he prosecuted a Ku Klux Klan member and stood by legislation that honored civil rights leader Rosa Parks. However, Wade argues that Sessions has an extreme 30-year record of demonizing these communities and has built his career on disregarding the rule of law and fueling hostility toward the protection of civil rights. He sees Sessions as an early cheerleader for Donald Trump. “He failed to prove that he would serve as the people’s lawyer, not the president’s.”

Senate Republicans silenced Sen. Elizabeth Warren when she tried to read a 30-year-old letter from Coretta Scott King on the Senate floor that opposed Sessions’ previous unsuccessful nomination for a federal judgeship. Scott King had written that, as a federal prosecutor, Sessions used his power to ‘chill the free exercise of the vote by black citizens.’

Just before the final vote, other Americans loudly voiced their opinion, including over 1 million who submitted a petition urging senators to oppose Sessions’ nomination.