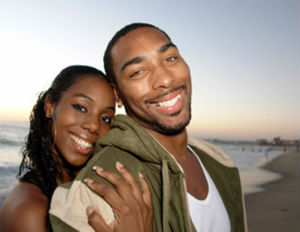 As time continues, it is becoming more apparent the old views and principles of marriage are slowly fading away into the sunset. Do you remember til death do us part, friendship as the foundation for love and family dinnertime? Well it seems as if the busy pace of life is now fading-out these once popular elements of marriage.

The values from the 1970’s and 1980’s have now given way to prosperity, self-focused life pursuits and never-satisfied mentalities ushered in during the 1990’s and 2000’s. I have received an increasing number of e-mails and phone calls from married couples that view themselves as roommates instead of spouses.

What are signs of a roommate arrangement?

Roommates tend to live seemingly independent lives while sharing living quarters as a place of commonality. Roommates usually eat at separate times and forego using dinnertime as an opportunity to communicate about their day. Each person does their own thing, but they live together in order to split rent and reduce living expenses. There are many married couples operating under a similar arrangement. They work independently, have separate groups of friends and focus on managing/growing independently without input from their spouse. They manage their expenses individually by splitting the rent/mortgage, while also sharing the cable, phone and electric bills. Busy lives keep them from truly aligning with the traditional marriage model. The only signs of marriage in these relationships are the wedding photos, wedding rings worn by each spouse and the marriage license on display in the living room.

Is there anything wrong with this type of arrangement?

It depends. Although I don’t personally envision that level of separation for my marriage, I happen to know a number of couples that seem to be content in a roommate arrangement. If two people have entered into an agreement that works for them, then we should celebrate their happiness. However, a large majority of people still desire to experience a higher level of intimacy and interaction with their spouses. They want to merge lives. They want to share their workday experiences during dinnertime. They want to create and grow wealth as a family.

There isn’t a one-size fits all model for marriage, so communicate what’s important to you during the dating phase of your relationship. Doing so allows you to initiate a level communication that can be valuable in setting the foundation for marriage.

Would you be open to a roommate arrangement for your marriage?

Kenny Pugh is a Life & Relationship Strategist, Author of ‘Can You Do It Standing Up?’, Speaker, HLN Contributor, singles leader and sought-after speaker on singleness, relationships, finances and life. You can find more information about Kenny at http://www.kennypugh.com. You can follow him on Facebook at Kenny Pugh or on Twitter @mrkennypugh.