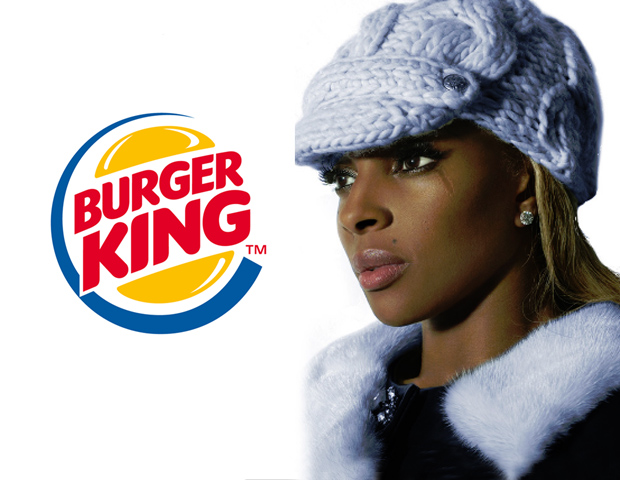 Okay … Okay … I know what some of you are saying.

The commercial was released. We laughed, grunted, side-eyed, debated, and took to the Web to express our indifference, apathy, disappointment or utter disgust.

Burger King initially said the removal was due to a copyright, licensing issue with the jingle, but then went on to indicate the ad was unfinished and that a final version would later be released. Blige finally spoke up late yesterday, according to the Associated Press, stating she understood why fans were upset, that the ad didn’t come across the way it was planned, and that she would never put out an unfinished product.

(Yep, I’m confused too. This snafu seems like a perfect award nominee in the “Best (Branding) Hot Mess” category or a case study for Public Relations 101.)

Now that Blige and Burger King have officially responded, the bigger questions remain: Are the mega star and Burger King keeping it real on what or who’s to blame for the release of this commercial? And further, is a lack of black presence in advertising truly the culprit in these repeat situations of questionable commercials featuring and targeting people of color?

Critics of the commercial expressed a concern about the lack of black professionals in the advertising business as a factor in the recurring side-eye-worthy marketing that has been for decades evident in major fast food, liquor and automobile campaigns. According to the 2010 Census, “majority” minorities — Latino-Americans, Asian-Americans and African-American—make up 35% of the population, and advertisers have taken notice, with major shops creating separate departments to handle accounts targeting the multicultural market, and start-ups popping up that exclusively focus on that market.

The growth in minority population, however, hasn’t matched growth in hiring advertising professionals. According to the 2000 Census, of the 500,000 people employed in advertising and related services, only 6% of those were African American and 9% Hispanic. Not much has changed in recent years, as seen in research by the Madison Avenue Project, a think tank and advocacy entity formed by the NAACP and law firm Mehri & Skalet, P.L.L.C.