Is She Difficult? Amanda Seales to Develop Scripted Series With Bunim/Murray Productions 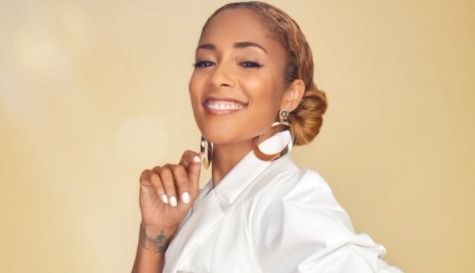 Amanda Seales of HBO’s Insecure is developing a scripted series called Amanda Seales Is Difficult as a part of a deal with Bunim/Murray Productions, Deadline reported.

“Instead of waiting for some network to give me a show I gave MYSELF a show! Watch “Views from Amanda Land” YouTube and IGTV,” Seales tweeted on June 12.

Instead of waiting for some network to give me a show I gave MYSELF a show! Watch “Views from AmandaLand” YouTube and IGTV https://t.co/JbeQQyXpIw

“This residency with the team at Bunim Murray is a major elevation opportunity for Smart Funny & Black Productions, which has grown from the ground-up, rooted in using comedy to strengthen community,” Seales told RealScreen. “And what’s exciting about working with BMP, is that they’re not only mavericks in the unscripted space, but they’re also actively expanding their slate to other formats. I’m incredibly excited to be a driving force in bringing Black comedic narratives and joyful stories to the screen via my scripted and unscripted projects that span from competition formats to talking head and to whatever other dopeness the SFB/BMP squad and I drum up!”

Julie Pizzi, president of Bunim/Murray Productions, said in a statement that Seales is a ‘brilliant comedienne, talented writer, an entrepreneurial producer and a thought provocateur’ who inspired the company to create its residency program..