Is the DVD Format War Over? 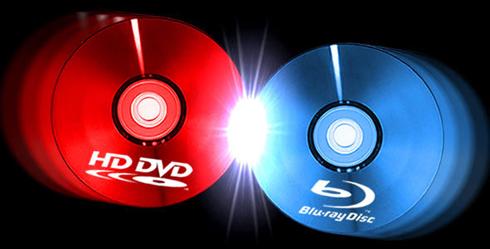 Among the technologies that were battling to become the industry standard in the multibillion-dollar home entertainment market, Blu-ray as a video format appears to have won out over HD DVD. Toshiba Corp., the consumer electronics giant, which was at the forefront of the DVD medium, announced in a press releases less than two weeks ago that “it will no longer develop, manufacture, and market HD DVD players and recorders.”

Toshiba’s move away from the HD DVD arena came about in part as a result of the sheer numbers produced by its competitor, Sony, which helped to develop Blu-ray technology. Although HD DVD players initially outpaced Blu-ray decks in the marketplace, after Sony’s PlayStation 3 (PS3) hit the scene in late 2006, consumers bought into the gaming system to the tune of about 4 million players by the end of 2007. Because PS3 is a Blu-ray-based player, Blu-ray, though more expensive to produce, eventually snagged the advantage point.

“The war is over,” says industry analyst and consultant, Rob Enderle of the San Jose, California-based research and advisory firm, the Enderle Group. “Sony decided to get further ahead of the curve [with] an alternative. HD DVD is done.” But even with HD DVD supposedly dead and gone, Enderle points out some problems that exist with Blu-ray.

“With the exception, of PS3, Blu-ray is not a complete product,” Enderle says. “Existing, Blu-ray products are not upgradeable [and] the decks remain expensive. The cheapest ones [are] in the high $300 [range].” He says Blu-ray decks will have to drop closer to the $200 range for consumers to start buying in high quantities.

Outside of gaming systems, Blu-ray technology still has to gain some inroads with home movie goers—the same consumer segment who readily bought into VHS tapes (and swore off Beta) a couple of decades back. According to Enderle, Blu-ray might already have some catching up to do, because the movie industry, which has come out in support of the technology, is already looking toward downloads as a another potential delivery system to reach the home theater audience.

“There are online rental or purchase facilities where you can either rent or buy a movie to download and watch,” Enderle says. “Downloads have a significant advantage in terms of convenience.” While HD DVD begins fading into history, consumers with DVD’s who haven’t jumped to Blu-ray have a few attractive alternatives. Oppo Digital (www.oppodigital.com) for example, has proven to be the most capable maker of DVD upscaler products, Enderle says. DVD upcalers enable lower quality DVDs (which are often cheaper than HD DVD) to play on hi-definition televisions, (HDTVs). In fact, based on the current price of Blu-ray discs consumers might even want to hold onto DVDs as their preferred format.

“What the consumer is saying,” adds Enderle, “is ‘Hey … we’re not really convinced [yet] that we need Blu-ray.’ [While] Blu-ray has won—the consumer for the most part seems