Is the Worst Over for the Stock Market? 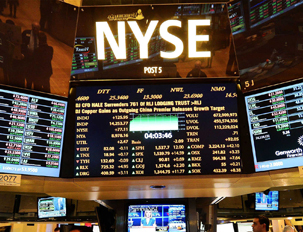 Stocks in the U.S. are higher after Tuesday’s surge, which proved to be the second largest daily gain for the year for U.S. indices.

In what many traders are calling a ‘bad news is good news” scenario, stocks around the world are rising despite news out of China that the amount of goods the country exported in August was down more than 5.5% compared to a year ago.

Global stock markets have been falling sharply in response to reports, indicating a significant slowdown in the Chinese economy. U.S. investors are also worried that a weaker Chinese economy means that consumers there won’t buy as many American-made products.

Analysts say the belief on Wall Street and around the world today is that the weakening Chinese economy is going to force the government to take substantial actions to boost its economy, which would have a domino effect on economies around the world.Â  To that end, the Chinese government said yesterday that it would take measures like implementing tax cuts for small businesses.

U.S. markets have also been under pressure because investors worry that the Federal Reserve may raise interest rates when policymakers meet next week.Â Higher interest rates not only have a slowing effect on the economy and inflation, they also make investments like treasury bonds more attractive, and lure money out of stocks.

“This is not going to be like the previous rising rate cycles where the Fed raised rates at every meeting,â€ says Greg McBride, chief financial analyst at Bankrate.com. “Once the Fed starts, they’ll pause in between moves to assess the economy. The pace will be gradual and the ultimate end points for interest rates will still be a lot lower than we’ve seen in past years,â€ he adds.

While no one is predicting that the recent roller coaster ride is over for stocks, McBride and others caution that investors should always consider their long-term investment goals before jumping ship. “Don’t let short-term volatility disrupt your long-term financial planning,” he says, “Making knee-jerk reactions to normal market fluctuations can be detrimental to your financial health.â€