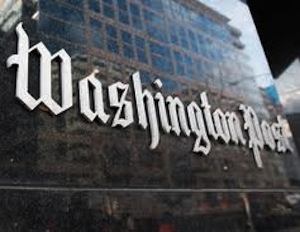 Free access to some of the best reporting, anaylsis and multimedia content covering the nation’s capital may soon be a thing of the past.

But is it a good idea?

From the Washington Post, who conspicuously quoted an unnamed source:

“Long reluctant to charge for online content, the newspaper is close to a decision to introduce digital subscriptions and charge online readers once they surpass a certain number of articles or multimedia features a month,” Post reporter Steve Mufson said in a report.Â The model – known as a metered paywall – would be similar to that used by the New York Times, which started charging for online content in March 2011 and now has nearly 600,000 digital subscribers. The Wall Street Journal and Financial Times have similar models.”

The most immediate question seems to surround the industry standard, which is the New York Times — and it bears mentioning, as Mufson does, that the NYT has over a half-million subscribers — and if can generate the revenue the Post would need fast enough to justify such a drastic decision.

A paywall on its website would have more downside than upside, wrote GigaOM’s Matthew Ingram — just this past July. (The article was aptly titled, “Why the Washington Post will never have a paywall) But Ingram rationalized it would never happen, in part because the Post’s online readership — with about 17 million unique visitors per month — comes from all over the world. Now it seems like, despite his deft analysis, Ingram will be wrong.

Whether it’s the right move or not, is another matter altogether.

What are your thoughts on subscribing to the Washington Post online? Would you do it? Sound off in the comments.